A group of investors filed a class action lawsuit claiming Bayer deceived them regarding the association with Roundup and cancer and the risks that came with buying Monsanto were false and misleading.

A group of investors has balked at Bayer with a class action lawsuit claiming they were deceived about the link between Roundup and cancer and the Monsanto purchase that includes over 125,000 Roundup lawsuits. 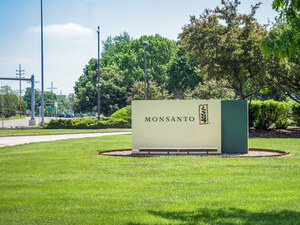 Investors are demanding about $2.5 billion from Bayer, reported Reuters in January. That amount covered lawsuits from about 320 investors, both institutional and retail, and an increase from approximately 250 investors who initially demanded over $1 billion. According to the German law firm that filed with the district court in Cologne, those institutional investors and a large number of private investors believe Bayer misled them about the economic risks of the $63 billion acquisition and are demanding damages.  Bayer said any complaints were unfounded, that it has “complied with the law and with its disclosure requirements…We will therefore defend ourselves." According to Reuters, Bayer said that, "In addition we are convinced that we have carried out adequate due diligence regarding the acquisition of Monsanto.”

This isn’t the first time that investors have balked at Bayer’s Monsanto purchase. Investor Rebecca Haussmann in early 2020 accused Bayer executives of going forward with the purchase of Monsanto in the summer of 2018, despite obvious warning signs of looming legal problems and the gigantic Roundup liability exposure it would carry. Haussmann’s lawsuit said the purchase was “disastrous” and cost the company more in legal woes than it was worth given the liability costs associated with Roundup lawsuits (over 50,000 according to Bayer’s count in February 2020) that were filed by former users of the toxic weedkiller who developed non-Hodgkins lymphoma, as well as other claims.

Bayer now faces over 125,000 Roundup lawsuits alleging Monsanto failed to warn of the risks associated with exposure to the glyphosate-based weedkiller, which was identified as a probable human carcinogen in 2015. Bayer had agreed to settle 98,000 of those complaints but it stalled all settlement negotiations while pursuing an appeal to the U.S. Supreme Court.

More ROUNDUP CANCER News
Meanwhile, the company has asked –for the second time this year-- the U.S. Supreme Court to review another case claiming that Roundup causes cancer. This time it is appealing a California decision that awarded almost $87 million (a jury initially awarded over $2 billion) to Alberta and Alva Pilliod who were diagnosed with non-Hodgkins lymphoma after spraying the weedkiller for more than three decades. Bayer still argues that Roundup is safe and the lawsuits should be dismissed because federal regulators also consider the weedkiller safe. However, it plans to replace glyphosate with other active ingredients in weedkillers for U.S. residential use. Farmers will still be sold the original recipe because they “rely on it heavily and have a negligible role in the litigation,” according to Bayer.

While Bayer maintains that the investor lawsuits are unfounded, it has also faced other lawsuits over its Monsanto acquisition.

Posted by
Daymond Walton
on April 17, 2022
I use to work at southern states and nutra chem and because I'll working at nutra chem and had to go to the hospital would this lawsuit apply to me?
Posted by
Evelyn P Oliver
on March 28, 2022
I I have high grade Bladder cancer and am getting BCG treatments weekly now following the surgery I had to remove a large tumor.
Round up was used for 10+ years around our yard before I got ill.