In the wake of the Northern District of California’s rejection of a proposed settlement that would have limited Monsanto’s future liability for glyphosate lawsuits, Monsanto has announced that it will reconsider reformulating Roundup products marketed for residential use. Bayer AG has looked to limit its potential financial exposure to Monsanto glyphosate lawsuits ever since it acquired the company in 2018. 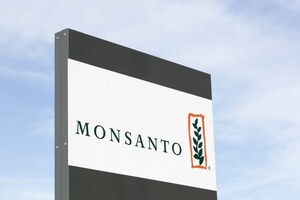 According to Monsanto, most of the lawsuits are generated by residential users. The change in formulation may thus limit Monsanto’s future legal liability from this subset of potential plaintiffs. It is less clear, however, that the change will substantially lessen overall harm, including the health and environmental damage often linked to agricultural use.


The $2 billion settlement proposal, negotiated between Monsanto and a group of existing plaintiffs in the Multidistrict Litigation (MDL), was to have covered two groups of people:  The proposal was a package deal; the Court was not asked to approve the settlement for one group if the deal is deemed unreasonable for the other.

On May 26, U.S. District Judge Vince Chhabria slammed the offer as “clearly unreasonable” for the undiagnosed group. The latency period for development of the cancer may be ten or fifteen years. The fund is designed to last only four years. Additionally, the Court wrote that provisions in the settlement “greatly exaggerate” the potential benefits of four years of “vaguely described medical monitoring” for those who have not yet contracted the cancer. Benefits of a compensation fund are “also vastly overstated” for that group. Monsanto withdrew a previous settlement proposal in February after the Court expressed reservations.

There are roughly 5,000 Roundup cases consolidated in the MDL in the U.S. District Court for the Northern District of California for pre-trial proceedings. The three bellwether lawsuits that have gone to trial have yielded jury verdicts in the millions, or in one case, billions of dollars.

Doing the right thing or trying to rescue its reputation?


In 2015, the World Health Organization’s International Agency for Research on Cancer classified glyphosate as “probably carcinogenic to humans.” A University of Washington study that focused on people with the “highest exposure” to the herbicide, concluded that a “compelling link” existed between glyphosate exposure and an increased risk of developing non-Hodgkin’s lymphoma. Monsanto has now floated the idea of removing glyphosate from formulations of Roundup intended for household use.

In fact, though, Roundup already exists in a variety of formulations, containing varying amounts of glyphosate. The active ingredient in a glyphosate-free formulation available in Austria is reportedly nothing more than vinegar.

With respect to professional and agricultural product lines, however, the company is said to have  ruled out any formula changes, insisting that there are no alternatives. Monsanto has also indicated that it intends to initiate discussions with the U.S. Environmental Protection Agency about changing the label on glyphosate-containing products. The company’s goal appears to be to connect consumers to studies that support the company’s view that the product is safe to use.

Do these new overatures really indicate a change of corporate heart? The answer may lie in the company’s financials.


Glyphosate-containing herbicides are non-selective, meaning that they kill whatever plants they come into contact with. In the 1990s, Monsanto introduced genetically-modified corn, soybean, and cotton seeds that could withstand the weed-killer, obviously not intended for the home gardener.

It was only at that point that the use of glyphosate saw a dramatic increase. Farmers have now found themselves locked into a cycle of using Roundup, which is most cost-effective when used with Roundup-resistant seeds which, in turn, requires using Roundup to kill weeds. In 2016, Roundup was the most widely and heavily applied  weed-killer in the history of chemical agriculture in both the U.S. and globally.

More ROUNDUP CANCER News
For the fiscal year ending August 2015, seeds and genomics accounted for 68.3 percent of total revenue, while herbicide sales accounted for only 31.7 percent. The immediate risk to Monsanto’s bottom line may be coming from glyphosate lawsuits brought by home gardeners. The reward, the money, is in the genetic research and seed sales. This may be why Monsanto is reluctant to modify the formula for professional and agricultural use.

What price agricultural and environmental contamination?


Studies suggest that the use of glyphosate combined with the dominance of genetically engineered crops has produced a looming public health threat that extends beyond non-Hodgkin’s lymphoma, both in the U.S. and around the world. Farmers have sprayed billions of pounds of a probable human carcinogen over the past decade. This in turn finds its way into air and waterways. The full impact of this contamination has not been fully assessed.

Posted by
Eric Bjerregaard
on June 19, 2021
Balderdash, IARC is the only group to make the ridiculous cancer claim. They did so by ignoring the evidence and with chris portier receiving $160,000. They ignored the actual consensus and edited out information. Kinda like you folks ignored the slightly declining NHL rates that have occurred even as glyphosate muse has risen. Studies Suggest no such ominous “looming public health threat” try developing some integrity.