More MISSOURI CAR ACCIDENT News
A teenager is being charged with murder after a Missouri car crash left another teen dead. 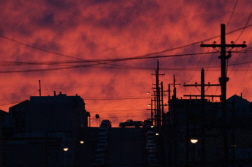 According to police, 17-year-old Brianna Branson of Miner, Missouri got into an argument with 18-year-old Kendra Gray at a party. The fight escalated and eventually spilled into the street, where Branson allegedly ran Gray over with her truck, reports KFVS, a CBS affiliate.

"We believe she was trying to use the vehicle to scare her," Sergeant Jim McMillen of Branson, Missouri, told the news source. "Obviously there's a risk involved when you drive at somebody in a vehicle."

Branson is being charged with second-degree murder in the case. She is also facing charges of leaving the scene of the accident, tampering with evidence and being a minor in possession of alcohol, reports KAIT, an ABC affiliate. Police say that Branson left the scene after running over Gray to dispose of any alcohol and then returned.

Gray's family and friends said that she will be missed.