"AARP Took Advantage of My Mother"

Many seniors turn to AARP insurance because they believe AARP protects their interests and fights on their behalf. However, some soon discover that the interests of AARP always come first. AARP health insurance has been in the news recently because of seemingly high member rates. Furthermore, the organization is under investigation for misleading marketing regarding insurance sold by United Health Group. 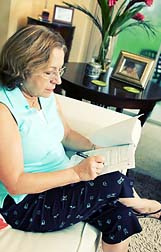 Kimberley S. says her mother, Donna, purchased her AARP insurance in June 2006. Donna purchased the $10,000 AARP/New York Life Guaranteed Life Insurance policy with the hope that the money would go to Kimberley when Donna passed away.

A year after she purchased the policy, Donna requested some changes to the policy. Specifically, she requested a correction to the spelling of her daughter's name (which was spelled incorrectly on the original policy), an increase in the policy from $10,000 to $15,000, and a change in the billing from semi-annual to monthly.

"In June 2007, the insurance company complied with my mother's request," Kimberley says. "But, they issued my mother a new policy number without making it clear to her that is what they did. The company cancelled her initial policy and reissued it, but my mother thought she was just upgrading her existing policy.

"The way these insurance companies work is that if death occurs within 24 months of the policy being written, they reimburse 125 percent of the premium. My mother passed away unexpectedly on New Year's Eve [2008]. When I put in the claim for her guaranteed life insurance policy, they said that the policy was only written in June 2007, so the policy was not in full effect. For a $15,000 policy, they issued me a check for $1959.41.

"My mom's financial records show that she paid consistently for her policy for over 2 years. In her records, we found the initial policy with my name misspelled but we did not find the new policy. From what I've found out, this situation is not atypical with these policies. They [insurance companies] commonly try to get out of paying full value on policies.

"I lost my job in October and I'm not sure what recourse to take. Meanwhile, I've got a funeral bill to pay and I was counting on that money for the bill. I'm not sure if it's AARP or New York Life who is the culprit, but what they're doing isn't right.

More AARP INSURANCE News
"It's unfortunate that insurance companies seem to routinely take advantage of older people. Unless you're involved in that industry, you don't know the ins and outs. Seniors are often taken advantage of. My mother had different insurance plans throughout her life and then realized that she had better do something so she got the policy—to have something like this happen is unfortunate."

Insurance companies employ a variety of tactics to avoid paying out policies. This is true of life, health and even automobile insurance. Unfortunately, Donna did not realize that her policy had been cancelled and reissued, so she was not able to take action against that. It was only after Donna passed away that Kimberley discovered what had happened—when she received a check for far less than she was expecting.

People like Donna faithfully pay into their insurance policies, believing that when the time comes, the policy they purchased will be paid out in full. That does not always happen. Instead, what happens is that the insurance company looks for any excuse not to pay out the full amount—and it is up to the little guy to fight back.