Women looking for a method of birth control often rely on marketing material to help make their decision. Women who chose to use Mirena birth control were likely no different, even though the marketing material has since been deemed to have minimized the Mirena side effects. Those side effects reportedly include a risk of Mirena uterine perforation. 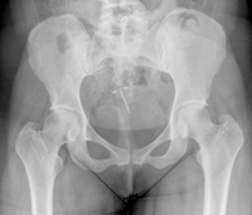 Mirena is an intrauterine device, meaning it is implanted in the uterus to prevent pregnancy. It can be implanted for up to five years and works by releasing the hormone levonorgestrel, a synthetic hormone also used in the “Plan B” or “morning after” pill. It was approved for use as birth control in 2002, and in 2009, was given approval for use in regulating heavy menstrual bleeding. At one point when Bayer was marketing Mirena, it claimed the IUD could improve a woman’s sex life and help her with “looking and feeling great.” For these claims, Bayer received a warning letter from the FDA, admonishing that Bayer was overstating Mirena’s efficacy.

In fact, the FDA wrote, “We note that, according to the Mirena PI, at least 5% of clinical trial patients reported decreased libido as a side effect of Mirena use. Patients also experienced abdominal/pelvic pain, nausea, headache, nervousness, and depressed mood, which could adversely affect a woman’s feelings relating to romance or intimacy.”

Furthermore, the FDA noted that the marketing material minimized the risks associated with Mirena by using the phrase “looking and feeling great.” “As stated in the Background section above, the Pl [product labeling] for Mirena includes ‘very common’ (experienced by >10% of clinical trial patients) adverse reactions, in addition to other serious warnings, precautions, and safety issues associated with the use of Mirena.”

More MIRENA IUD News
As many as two million women in the US have had the device implanted since it was approved for use.

One of the reported issues with the Mirena IUD is that it can migrate from the implantation site and move into the abdominal cavity, causing severe pain and other health issues for women. In other situations, it can perforate the uterine wall. Furthermore, if either of these situations occurs, the woman is at risk of becoming pregnant and suffering an ectopic or intrauterine pregnancy.

For some women, embedment of the intrauterine device means they must have surgery to remove it.