The majority of Mirena birth control side effects lawsuits are associated with device migration and various injuries stemming from the intra-uterine birth control device having drifted away from its original insertion point. Reported incidences of Mirena uterine perforation have included reports of uterine perforation when the device is initially inserted or at some point in the future after the device has been in service for some time. 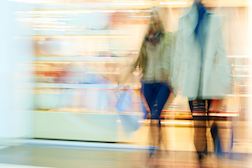 However, uterine perforation and device migration are not the only adverse reactions associated with the popular, albeit expensive birth control device that many busy women prefer over more traditional forms of contraception requiring daily diligence (the Mirena IUD device can be left in for up to five years). Pseudotumor cerebri (PTC) and idiopathic intracranial hypertension (IIH) are two lesser-known Mirena birth control side effects that are associated with the build-up of fluid around the brain.

A woman in New Jersey has filed a Mirena Pseudotumor lawsuit alleging various Mirena side effects including, but not limited to blurred vision.

The plaint is identified as Brittany Collins, who filed her Mirena side effects lawsuit in US District Court for the District of New Jersey October 29 of last year. According to Court documents, Collins received a Mirena birth control IUD in December, 2011 and soon after began to experience severe headaches, blurred vision, ringing in the ears, dizziness, nausea, and pain in her neck and shoulders.

Less than three years later, Collins was diagnosed with PTC. Since October, 2014 the plaintiff has undergone three lumbar punctures to relieve the build-up of pressure on her brain and optic nerve. Collins asserts the damage is likely irreversible. “There is currently no treatment to reverse permanent injury to the optic nerves caused by increased intracranial pressure,” the lawsuit states. “Because of this, treatment of PTC or IIH is focused on halting visual loss that has already occurred. Although PTC or IIH is considered reversible in some patients, it may take years before normal pressure is maintained. It also may be irreversible in some cases.”

Collins, in her lawsuit also finds fault with an alleged lack of Bayer Mirena warnings with regard to PTC or IIH. Bayer is the manufacturer of record for Mirena – Collins names Bayer Healthcare Pharmaceuticals Inc., Bayer Pharma AG and Bayer OY as defendants in her Mirena side effects lawsuit.

Collins asserts that nowhere in the product label, dispensing guidance or patient information booklet does Bayer reference any potential link between use of the Mirena IUD and PTC / IIH – this in spite of available information about a suspected link to PTC and / or IIH about which Bayer is alleged to have been aware.

The Mirena side effects lawsuit is Collins v. Bayer et al., Case No. 2:26-cv-06121-SDW-LDW in the US District Court for the District of New Jersey, Newark Division.

More MIRENA IUD News
Meanwhile, in related Mirena IUD news a group of more than 1,200 women who had their Mirena lawsuits tossed aside in June of last year when Bayer was granted summary judgement by a lower court, followed through on their stated intent to appeal the verdict to the Second Circuit. This, they did on August 14 of this year, asking the Second Circuit to revive their case. The plaintiffs also revealed that parties had reached agreement in theirs’, and other pending Mirena actions couched in multidistrict litigation.

Circuit Judges John M. Walker Jr. and Reena Raggi, who heard the arguments on August 14, have yet to reveal their ruling. A third judge was assigned to the panel but did not attend for the presentation of arguments. The case is In re Mirena IUD Products Liability Litigation, Case No. 16-2890, in the US Court of Appeals for the Second Circuit.