Bayer must be thrilled that Planned Parenthood Associations, both in the US and the UK, are endorsing its Mirena IUD for birth control to teens as young as 13. The IUD is promoted as 99 percent effective at preventing pregnancy, but teens are not told that it may prevent pregnancy permanently. 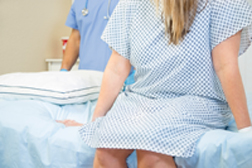 Bayer has successfully marketed Mirena to busy moms with campaigns like “Just set it and forget it” and “Your bleeding can go away altogether.” But to all you busy moms out there, please take the time to weigh the pros and cons of having your teenager implanted with a Mirena. Do you want grandchildren? Did you know that the Mirena has also been linked to breast cancer?

The Scottish Mail (May 10, 2015) reported that girls as young as 13 are being urged by health workers to take long-acting birth control in a new promotion to decrease teenage pregnancies. Scotland has one of the highest rates of teenage pregnancy in Europe, where about one in three 15-year-old girls are sexually active. The National Health Service (NHS) is going to make Mirena and other IUD’s available for underage girls, no questions asked. And Planned Parenthood offers them for free.

Across the pond, The American Academy of Pediatrics (AAP) updated its guidelines in September 2014 for adolescents and contraception, condoning progestin-releasing IUD devices like Mirena.

But not everyone agrees with the NHS in the UK and the AAP. Studies have shown that IUDs are more likely to migrate and cause severe complications, including infertility and infection in younger women. The American College of Obstetrics & Gynecology found that women between the ages of 14 and 19 were more likely to either have experienced the IUD expulsion or migration - the latter potentially causing permanent damage - than older women. The study involved more than 5,000 women.

More MIRENA IUD News
Back in January 2006, the journal Obstetrics & Gynecology published a study titled “Use of the Levonorgestrel-Releasing Intrauterine System and Breast Cancer.” Research involved more than 93,000 women between the ages of 30 and 49. The study found that the number of women with breast cancer was 19 percent higher than the normal population.

It makes you wonder how far-reaching Bayer’s marketing and advertising tactics can be. Surely Planned Parenthood is aware of Mirena side effects and the mounting number of women who have filed Mirena lawsuits against Bayer claiming the IUD has caused miscarriages, infertility and more…

Posted by
Tina
on February 8, 2017
I received an IUD when I was a teenager from planned parenthood back in the late 90's it was left in me for almost 20 years I suffered the loss of 2 pregnancys it was not until my 4 pregnancy was it removed by my obgyn he didn't have a clue to what kind it was he said it had no markings or a serial number IV tried to get my records from planned parenthood but have not been successful I'm not sure if I even have a case