Crisha considers herself fortunate. Although the Mirena IUD was embedded in her uterine wall and she required surgery to remove it, “I never had any pain and my doctor assured me that everything is fine.” she says. Rebecca, on the other hand, suffered severe Mirena complications. 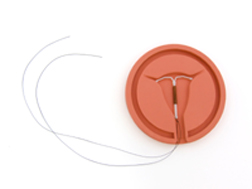 Crisha didn’t even know that the Mirena had migrated into her uterine wall until the five-year “expiry date” was up. “My gynecologist couldn’t find the IUD - "it wasn’t where it was supposed to be,” says Crisha, “so I had it surgically removed last week.” Crisha doesn’t know how long ago it migrated - "surprisingly she never had any discomfort, and her doctor says there is no damage and no reason that she cannot conceive. Still, she won’t get another IUD.

Even though her doctor says the Mirena hasn’t caused any damage, Crisha isn’t convinced. “I have read about so many Mirena complaints and too many women have suffered worse outcomes. I really consider myself lucky,” she adds.

Rebecca has experienced one Mirena complication after another in the past year, from feeling bloated to infection to “weird” pain. As well, she has been on an emotional roller coaster since it was implanted.

“At first my gynecologist thought it was an ovarian cyst. I was so bloated that I could only wear sweatpants and the pain was so severe I could barely move from the couch to the bathroom,” says Rebecca. “My doctor ordered an ultrasound and the technician found my IUD upside down and sideways in my uterine wall. No wonder I was in so much pain.”

Rebecca’s gynecologist was able to remove the Mirena without surgery. Rebecca felt better right away - "but only for a few days. Next up, she had a CT Scan but nothing was untoward. “I was bloated again and constipated and knew something was still wrong so my doctor prescribed a course of antibiotics,” Rebecca says. “For the next two months I went through a deep depression so it was back to the doctor again.”

More MIRENA IUD News
Rebecca’s doctor explained that her body wasn’t producing progesterone. “My body thinks it is pregnant - "that the Mirena is still there,” she says. “I was having the ‘Mirena Crash’. I was crying all the time and could barely leave the house. I couldn’t work until just last week. Depression was the worst pain because I didn’t know what to do. My period finally arrived and the darkness lifted; now I have an appointment to figure out this hormone imbalance.”

“Mirena Crash” is another side effect caused by the IUD. In the majority of cases, the body is able to balance estrogen and progesterone within a few months. But this symptom could be dangerous if you have suicidal thoughts. Fortunately Rebecca bounced back, but both women take this opportunity to warn others not to get a Mirena IUD, “because it is just too risky,” says Crisha.

Posted by
Karen
on April 11, 2017
The Mirena IUD has terrible side effects. I am still suffering even though I had it removed. I had suicide thoughts ,headaches,stomach aches, fatigue, severe depression, symptoms like panic attack, and loss of appetite.