Mirena May Have Far-Reaching Complications

Amber has suffered a lot of pain and more due to the Mirena IUD. She had it removed but there may be far-reaching Mirena complications. “We want another child and I recently had a miscarriage,” Amber says. “I am worried because I understand there are so many women unable to carry a child full term because of this IUD.” 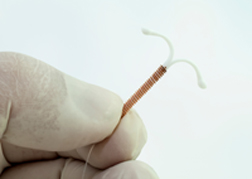 Amber had the Mirena inserted in 2013 and she had it removed about a year later. “During that year my periods were irregular and sex always hurt. Even afterward it felt like something was cutting me,” says Amber. “One night after we had sex, bright red blood was pouring down my leg, like someone had taken a knife to me. My boyfriend drove me to the hospital while I was keeled over in agony.”

Amber had x-rays and an ultrasound. The ER doctor decided it was best to remove the IUD immediately. “The Mirena wire was still visible so I didn’t need surgery but removing it hurt so much,” she says. (One attorney told Amber that they are only filing Mirena lawsuits that involve surgical removal of the device, but a piece of the Mirena was embedded into tissue and cut even more when it was removed - Amber now thinks that she should have had a surgical procedure.)


“Even though I was on pain meds, I was screaming in pain,” she says.
“After they removed the Mirena I was in the hospital for about nine hours. They packed some kind of liquid to help my blood clot heal, and I went home with a prescription for more pain meds and antibiotics.”

The next four months were miserable for Amber. She had severe cramping and bleeding and had to take time off work. Early this year she had a miscarriage - she was trying to get pregnant. “I was about six weeks along and started bleeding so I went to hospital and they confirmed,” Amber says. The ER doctors told her they can’t be certain but the miscarriage might have something to do with the damage caused by the Mirena.

“I am okay now but it was really upsetting,” Amber explains. “I had two normal pregnancies - and two healthy kids - and was never told I would have a problem carrying a baby to full term. It takes a toll on you both physically and emotionally: I got very depressed.”

More MIRENA IUD News
Amber recently had a pregnancy test - it came out positive. “So far everything is going well but when I had the miscarriage, the doctor couldn’t tell me whether the damage caused by the Mirena is permanent,” Amber adds. “I’m having an ultrasound next week. My gynecologist told me to take it easy and she will take a close look at my cervix to see if it is completely healed. I am nervous but I’m trying to keep my stress level down and not think negatively. I have to stay positive.”

When Amber found out that Mirena can cause so many complications and possibly to blame for her miscarriage, she had mixed emotions: she was angry and sad and disappointed that Mirena is still “out there.”

“I just read that a 22-year-old needs a hysterectomy after the Mirena perforated her uterus because she can’t get it removed without causing further damage,” Amber says. “From reading online I discovered that there are so many women who had a Mirena and are now unable to carry a child full term. This birth control device was supposed to keep us from unwanted pregnancies until we were ready, but now some women will never be able to have that choice. Perhaps the only recourse left is a Mirena lawsuit.”

Posted by
brittany dombrowski
on July 22, 2015
Hello,
I just had a pap done yesterday. july 22.
I also had my mirena examined because i mentioned that i no longer felt a string but could feel something poking out under the skin above the opening of my cervix. I had my mirena implanted in Aug 2009 and was told that if it's in place that it should be good for another year. However My Mirena Iud had no visible string and the nurse practitioner in the middle of my pap/examination asked if i every planned to have anymore children. I said not for awhile. It was a random question. She finished the exam and told me that if i want to let one of the other Drs find the string and try pulling it out that i could try that because she could not find it. But i made a point to tell her i was not comfortable with a male dr. especially because the dr. that she wanted to help locate the strings was Dr. M.
Dr. M was the Dr. who inserted my IUD and had been my OB dr. I do not trust Dr M . because he did not listen to my concerns during my pregnancy despite having painful braxton Hicks contractions and heavy bleeding at 35 weeks. My son was born with maconium in the amniotic fluid and the dr. did not tell me this. Or that my son also needed oxygen. I had pain during my pregnancy from 23 weeks to 38 weeks when my son was then born. Dr M ignored my concerns . He told me i was just small and this was normal if the the baby moved. Beyond everything...my son was born with a rare brain disorder called schitzencephly and has cerebral palsy I simply do not trust Dr.M. ...the Dr that she wanted to help find the strings.
Anyways after the pap/mirana examination i noticed a bloody cotton swab on the table hat the nurse practitioner had then quickly thrown away into the garbage. I noticed it before she did and I asked if that blood came from me. Her response was to pick some random object up and asked if that was what i had been referring to ...I said "no you just through it in the garbage" so she opened the garbage lid and picked up the cotton swab and said "you mean this"? I said "yes" and she said it was nothing to worry about. I was concerned because it looked like fresh bright red blood covering this huge cotton swab after she was digging around looking for the string.
So the exam was over and she let me know that i will here back with the result of my pap soon and i will need an ultrasound to locate the device and that i will be receiving a call to schedule the ultrasound appointment.

Today i received the call to schedule my ultrasound and i scheduled it for next Thursday July/30th at 2:00 and have been instructed to have a full bladder for a vaginal and tummy ultrasound. The lady on the phone told me that I should just let the Dr take care of taking out my mirena here (In Marintte Wi at Bay Area Medical Hospital) instead of going to (Green bay wisconsin) which less than an hour drive. She said that after the ultra sound If the mirena didn't fall out (which i know it did not because i can feel a hard pointy piece poking under my skin above my cervix opening) ...she said if it's there and didn't fall out that i could just simply go to the hospital here and be "sedated" because if the dr. has to "search" for it ....then that will be better for me the patient. I again stated that I would like to go to Green bay ...I did not mention my distrust to the women on the phone or the nurse practitioner i simply stated i do not want a male dr.
I'm not sure if there are things i should watch for to build my case? I'm confident the medical staff is aware that they will have a lawsuit on there hands already at this point and will take steps to distinguish the evidence either by placing blame on me some how or by not stating the true findings in the future medical reports