Judging from the number of Mirena complaints filed with LawyersandSettlements alone believing the IUD causes miscarriage, women who want to have children might want to get pregnant before having the Mirena implanted. 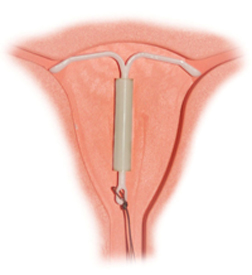 Whitney had the Mirena implanted in 2011 and decided to have it removed a few years later when she and her husband decided to have another child (they have one boy). “I got pregnant right away but had three miscarriages in the last year,” says Whitney. “I firmly believe that the Mirena has caused these miscarriages, and I have had all kinds of tests and blood work to rule out any other cause. Now I am scheduled to see a reproductive endocrinologist at a fertility clinic, which seems to be our last hope.”

Whitney was 21 years old when she first got pregnant and had no issues at all, but that was pre-Mirena. She never had a miscarriage until the IUD was removed. Whitney has seen a few doctors since getting referred to the fertility clinic, one of which said that Mirena “could very well be the reason” why she had the three miscarriages.

“I have seen the TV commercials linking Mirena to serious side effects such as Mirena uterine perforation and I have read that some women have suffered ectopic pregnancy allegedly caused by the Mirena,” says Whitney. “I know my complaint isn’t about these current Mirena lawsuits but miscarriage is a major problem that Bayer hasn’t included in its warning label.

“Although Mirena didn’t perforate my uterus, it may have caused me to lose three babies - and that is a serious side effect.”

It doesn’t take much research online to discover how many women have suffered miscarriages after having the Mirena removed. One woman told LawyersandSettlements that she had a hysterectomy as a result of Mirena damages.

“Two of my miscarriages were eight weeks (the other was five weeks),” says Whitney. “They caused a lot of unwelcome stress for me and my husband, and these losses caused me to be depressed. My husband also blames Mirena and wants to find out if indeed that is the case almost as badly as me. I think he is confused more than anything.

“Knowing that Bayer does not disclose information about miscarriage makes me so angry. It isn’t right that they can take a healthy woman’s fertility away. If I knew Mirena had the slightest risk of miscarriage, I would have kept taking the birth control pill.

More MIRENA IUD News
“And the fertility clinic is not cheap. So far we have paid over $1,000 for blood work alone, and that is just the co-pay. I am hopeful that my insurance will cover the treatment; from everything I have been told by my insurer, we will be covered. I am also booked for an ultrasound at my first appointment: it is a diagnostic work-up to determine if there is any damage or to see the cause of my infertility.”

Whitney is going to contact LawyersandSettlements after she meets with the fertility specialist and has the ultrasound results.

Like Whitney, countless women want to know how a device that causes infertility can still be on the market and why Bayer is still marketing its intrauterine devices (IUD) as “easy” and “convenient.” Of course they are aware of the alleged link to miscarriage, as is the FDA. But Bayer has a good thing going: the pharmaceutical giant has convinced more than a million American women to spend about $800 apiece to buy its IUD. And Mirena has generated over a billion dollars in revenue for Bayer - no wonder it doesn’t want to mention miscarriage.