He may have shot himself in the foot by not initiating his Mirapex gambling lawsuit sooner than he did. However, even though Nabil Gazal was barred from pursuing his action due to the statute of limitations, there seems little doubt that the lifelong gambler's habit may have worsened due to the effects of Mirapex. 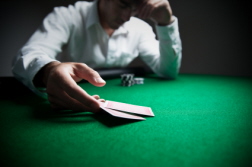 Pramipexole dihydrochloride (Mirapex) is prescribed for the treatment of Parkinson's. However, one of the Mirapex side effects that has proven troubling for many people is the link to compulsive behavior. Patients have reported compulsive shopping, gambling and even sexual behaviors while on a Mirapex regimen for Parkinson's.

In the case of Gazal, he was started on Mirapex in 2002 after a formal diagnosis of Parkinson's by doctors who prescribed Mirapex to treat his symptoms. This was five years after Mirapex was approved by the US Food and Drug Administration (FDA) in 1997, but three years before the first reports of Mirapex and compulsive gambling surfaced in 2005.

By then, according to the September 24th edition of Health Law Week, Gazal had noticed a change in his gambling habits. During his first year on Mirapex, Gazal claims his losses increased 10 to 15 percent—and while he made no mention of this during a 2003 visit to the Baylor College of Medicine's Parkinson's Disease Center and Movement Disorders Clinic, where he was originally diagnosed, he did report an increase in compulsiveness and increased gambling upon a return visit to the clinic in 2005.

Gazal reported to doctors that he could not "leave the table." He was subsequently put on a lower dose at the conclusion of his visit, on April 8, 2005.

Three months later, on July 11th, the Mayo Clinic would publish its study suggesting a link between Mirapex and compulsive gambling. According to court documents, Gazal reportedly became aware of the Mirapex link to compulsive gambling in late 2005.

However, rather than bring a lawsuit against the manufacturers of Mirapex, Gazal reportedly corresponded with two casinos in a bid for their support to deny his entrance to the facilities, due to the fear his gambling habit had worsened. "[Due] to negative side effects from my serious medication," Gazal is reported to have written, "I am unable to be in control of my gambling, which has resulted in huge losses in the past few years."

It appears certain that Gazal was suffering from Mirapex compulsive behavior. However, the plaintiff waited until June 2009 to bring an action in Texas state court against Boehringer Ingelheim Pharmaceuticals Inc., Pfizer Inc., Pharmacia Corp., and Pharmacia & Upjohn Co. LLC, claiming over $20 million in gambling losses. Following the dismissal of a non-diverse defendant, the case was removed to federal court before the Judicial Panel on Multidistrict Litigation transferred the action to a Minnesota district court as part of the Mirapex Products Liability Multidistrict Litigation.

More MIRAPEX COMPULSIVE GAMBLING News
It was there that the defendants moved for summary judgment, arguing that the plaintiff's case was time-barred. The US District Court for the District of Minnesota agreed, given the application of Texas law to Gazal's case requiring that personal injury lawsuits commence no longer than two years following the date a cause of action accrues.

The plaintiff admitted that he first became aware of his gambling problem in 2002 and not later than 2003. Gazal also acknowledged that he became aware of a possible link between Mirapex and Mirapex compulsion

The Court noted that the plaintiff could have brought his action as early as 2005 and no later than 2006, rather than waiting until 2009. By then, the statute of limitations pre-empted his capacity to bring the matter to trial.

Anyone suffering from alleged Mirapex behaviors would thus be well served to consult a qualified Mirapex lawyer in a timely fashion.
READ ABOUT MIRAPEX COMPULSIVE GAMBLING LAWSUITS

I stopped taking it after I lost $1,000 (one thousand) in an hour at one of the small local sweepstakes
I lost a lot more but this time I was disgusted with my self and looked up side effects for this drug.
Compulsive gambling/shopping/ blacking out when alert
Could not go to church or anywhere I would sit down I would go to sleep COULD NOT STAY AWAKE Shortness of breath with little activity I have some kind of growth on my wrist and was growing another attached to it since I stopped this it has started to shrink

I had many of the other side effects also


Posted by
Janet L Beard
on May 1, 2013
I have noticed a serious compulsion I didn't have before. I have RLS and take Mirapex ER. I felt I couldn't go without medication, so keep taking it. But I am going to have to do something about getting off of it due the compulsive gambling.