Shortage of Parkinson's Drug May Increase Use of Mirapex

The deadline recently passed for pharmaceutical giant Merck to explain why it stopped manufacturing the Parkinson's disease drug Sinemet. The shortage of cheap generic alternatives like Sinemet may lead to an increase in demand for Boehringer Ingelheim's Parkinson's medication Mirapex, which has been linked to gambling addiction and other compulsive behavior, according to CBS's bnet. 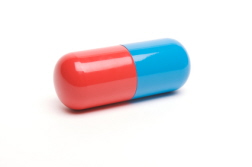 Merck has declined to comment any further on its stoppage of production, except to say that it has done so to receive regulatory approval for a "supply change," reports the news provider.

The drug maker said it was trying to get the medication back into pharmacies as soon as it could.

"Merck is doing its best to restore supplies as soon as possible and sincerely regrets any inconvenience or distress this interruption has caused to the people who rely on SINEMET," the company told the news source. "As previously communicated, the extent of the supply shortage is related to a change in the source of supply and the necessary time needed to obtain regulatory approvals for the change — this varies from country to country."

A Mayo Clinic study, conducted between 2004 and 2006, connected the use of Mirapex to a rise in compulsive behaviors, including gambling.
READ ABOUT MIRAPEX COMPULSIVE GAMBLING LAWSUITS