Any patient with a metal-on-metal hip replacement would have pause to wonder if their prosthetic hip might ever become problematic, if it hasn't already proven to be. Such was the case with a UK patient who underwent a double hip replacement using artificial hips from Biomet, a medical device manufacturer based in Warsaw, Indiana. The patient is considering a Biomet lawsuit. 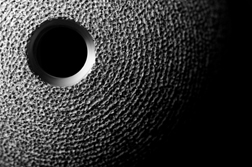 According to the Carmarthen Journal (3/21/12), Scilla Barrett required replacement of both hips ahead of surgery to correct a curvature in her spine. The 56-year-old grandmother underwent the hip replacements in 2007, and reported that her hips never felt right afterwards.

By January of 2011, however, things had gone horribly wrong and her legs had turned to "crumbling cheese" following the premature failure of her artificial hips, according to Barrett. "It was due to the poisoning by the metals coming off the new hip," Barrett said in comments made to the Carmarthen Journal. Tests undertaken at the Royal National Orthopaedic Hospital in London revealed elevated levels of cobalt and chromium in Barrett's blood.

As a result of the allegedly defective hips, Barrett required revision surgery to remove the problematic prosthetic hips, and had to have her left thighbone replaced. She is considering a hip replacement lawsuit.

Meanwhile, the Associated Press (AP) reported that Biomet has agreed to pay $22.7 million to settle US criminal and civil allegations that the device manufacturer attempted to bribe government-employed doctors in various countries in an attempt to win contracts with hospitals.

More BIOMET METAL-ON-METAL HIP REPLACEMENT News
According to AP (3/26/12), the US Justice Department and the Securities and Exchange Commission (SEC) alleged that Biomet attempted to bribe practitioners in Argentina, Brazil and China over a period of eight years.

Biomet agreed to pay $17.3 million to settle the criminal penalty and $5.4 million in restitution to resolve civil charges brought by the SEC, according to the AP report.

In exchange for the financial penalties, together with an agreement to implement strict controls and other compliance systems, Biomet escapes criminal prosecution by the Justice Department.

The Biomet saga is just another in a long line of disconcerting reports involving metal-on-metal hip replacement systems, not to mention alleged attempts to bribe doctors in European countries. To that point, Biomet is not the only major medical device manufacturer or pharmaceutical giant to face such accusations.

If you or a loved one have suffered losses in this case, please click the link below and your complaint will be sent to a defective products lawyer who may evaluate your BIOMET METAL-ON-METAL HIP REPLACEMENT claim at no cost or obligation.
Request Legal Help Now