Round two of four bellwether trials involving Bard’s hernia patch is underway—round one was a victory for defendants.

While the first Bard hernia mesh bellwether trial is described by legal experts as a “crushing blow” to plaintiffs, others opine that it will likely have minimal impact on the overall outcome of the hernia mesh litigation. Round two is now underway. 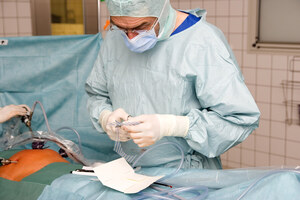 Over 13,000 hernia mesh lawsuits against C.R. Bard claiming the mesh is defective have been consolidated into a multidistrict litigation (MDL) in Columbus, Ohio, making it the third-largest MDL in the U.S. All the claims allege that Bard’s mesh devices—Ventralex, Ventralight, Prefix, and 3D Max—caused debilitating pain, inflammation and/or infection. Many plaintiffs required additional surgeries to remove the mesh—which is the only treatment but often not the cure.


To keep hopes up, plaintiffs might want to remember the similar Bard Kugel Mesh litigation a decade ago where thousands of cases alleging a defect in its mesh implant caused part of it to break off inside patients and damage their bowel. Bard also won the first bellwether trial but the second trial resulted in a $1,500,000 verdict for the plaintiff. This triggered Bard to reach a global settlement of $184 million to resolve more than 2,000 remaining cases.

One attorney expects the same pattern, i.e., the second bellwether trial underway now will result in a win for the plaintiff, and that Bard will “sue for peace and negotiate a settlement of the remaining cases rather than continue to try their luck on more bellwether trials,” and optimistically, “a global settlement is still almost a foregone conclusion.”


Steven Johns was the first plaintiff in the Bard Hernia Mesh MDL to have their case decided by a jury as part of the “bellwether” trials. During the month-long trial Bard’s main strategy was to admit that the Ventralight was not perfect, but that there was no feasible, alternative design that would have made it safer. Bard’s defense council emphasized that Johns and his experts couldn’t explain how Bard could have changed the design of the Ventralight in order to make it better and safer.

Johns alleged in his complaint that a patch of Ventralight ST he had surgically implanted in 2015 to repair an abdominal hernia caused him persistent and debilitating pain, reported Reuters. Johns needed additional surgery to repair the faulty mesh and on top of that, he had two more hernias and had a third surgery to correct the recurrence—with another patch of Ventralight implanted.


The Ventralight ST contains a biosorbable coating called Sepra Technology (“ST”), which covered the polypropylene mesh material. This coating supposedly prevents the mesh from adhering to bodily tissue. The ST-coated side of the mesh is supposed to be placed against organs (such as the bowels) to resist tissue attachment.

But Johns claimed the mesh is defective and “unreasonably dangerous” in part because the coating stuck to bodily tissue.

Expert witnesses from both sides debated whether the Ventralight mesh was defectively designed and whether it caused Johns’ injuries.  Key witnesses for the plaintiff testified that the ST coating on the Ventralight reabsorbs way too quickly. This exposes the care polypropylene side to internal organs where it has a tendency to attach and adhere to tissue.

Johns’ doctor testified that had he been fully informed by Bard Davol, he would not have used this mesh on his patient. Bard argued its Ventralight was safe and doctors were adequately warned about its small complication rate.

More SURGICAL MESH News
The Material Safety Data Sheet (MSDS) on Ventralight  states: Do not use this material in medical applications involving permanent implantation in the human body or permanent contact with internal body fluids and tissues.” ( he MSDS accompanies raw materials, as required by OSHA as they go through production to warn workers about any potential toxic exposure.)  According to reporter Jane Akre, one court insider said the MSDS was an ancillary issue regarding notice as the judge would not allow an expert to discuss it.
‍
The Ventralight ST was introduced to the market via the 510(k) process. Here is FDA information and more here. This mesh remains on the market.