“The More I Find Out about this Hernia Mesh, the Angrier I Get, “ says Surgical Mesh Victim

Linda has been suffering from debilitating pain since she had routine abdominal mesh surgery. “I was better off before surgery with a little discomfort. Now I find out, too late, that some of the mesh is defective,” she says. “And to make me even angrier, studies show that not all hernias need surgery. I should have sat this one out… 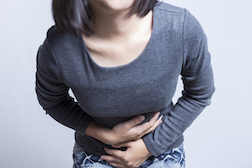 And she is right about the studies. Even back in 2006, researchers in the Journal of the American Medical Association determined that "watchful waiting" is an acceptable alternative to surgery in men with inguinal hernias who have few or no symptoms. And researcher Robert J. Fitzgibbons Jr., MD, told WebMD that, historically hernias that don’t cause symptoms should be surgically repaired because they become harder to fix with time and waiting may cause further complications. “But that is not what we found at all,” he said. And Fox News reported that Gastrointestinal surgeon David R. Flum, MD, MPH, told WebMD this study confirms that watchful waiting is an appropriate strategy for the management of hernias that have no symptoms other than the bulging.

Linda doesn’t know where to turn next: “Do I blame my doctor or the hospital or the mesh manufacturer? The more I find out, the more of a mesh mess I find. I think my only recourse is to have it taken out,” she says. “This pain sometimes feels like it’s burning. I also have a big lump in that area—way bigger than before this mesh was implanted. As well, I’m always tired and have a low-grade fever. The last time I had blood work it showed that I have an infection and my doctor just prescribed antibiotics without figuring out what was causing it. I can only think of one thing: defective mesh.”

More SURGICAL MESH News
Scar tissue sometimes forms after surgical procedures—at the incision or stitching site. The Journal of the Society of Laparoendoscopic Surgeons (JSLS) explains that this is normal and to be expected but a foreign body such as defective hernia mesh can produce enough scar tissue or adhesions to intrude on nearby organs such as the large and small intestines. This scar tissue could in turn be the cause of a bowel obstruction.

Linda must follow up on her suspicion, and find out if indeed the hernia mesh is defective and the cause of a bowel obstruction. There is a risk that some of the damage caused by the defective mesh, particularly nerve damage, may be permanent. Meanwhile, she has contacted a law firm to find out more about the mesh used for her hernia repair and if it was defectively designed she may be entitled to compensation. “I was never told about any potential risks associated with this mesh and I think my doctor was in the dark about it. Going forward, I hope doctors will tell their patients about the side effects that can occur, and the hernia mesh manufacturers need to be accountable.”