Medtronic Recall too Late for Some

Considering that [Medtronic] knew as early as February about problems with its Sprint Fidelis leads, it seems that October is rather late to be recalling a device that can cause death if it malfunctions. However, according to a report in theWall Street Journal, despite being told by the Minneapolis Heart Institute about repeated patients experiencing serious problems, Medtronic delayed recalling its Sprint Fidelis Leads for at least seven months.

The Minneapolis Heart Institute became concerned when, on two successive days, patients came into the clinics complaining that their defibrillators gave them painful electric shocks when the shocks were not necessary. According to the Institute, one woman received 14 shocks in one hour. Doctors then discovered that four other cases had also occurred in a short time with each being caused by a broken lead wire. All events happened in patients who had the Sprint Fidelis 6949 implanted. 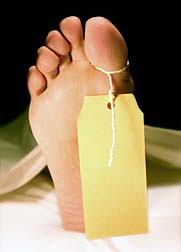 After discovering the problems, doctors informed Medtronic about their concerns, but Medtronic did not recall the Sprint Fidelis Leads. One of the doctors involved in the situation went so far as to perform his own review of the leads and recommended they be removed from the market. For its part, Medtronic claims that how the leads are implanted can increase the risk of fracture.

By the time a recall was announced, Medtronic had reports of five deaths linked to Sprint Fidelis Lead fractures. Of course, by now thousands of people have these leads implanted and the surgery required to replace them is considered incredibly risky. So, people who have the Sprint Fidelis Leads implanted will have to continue on in life, wondering if their defibrillator will work the way it is supposed to or if it will malfunction, causing incredible pain and possibly death.

More News
Medtronic's Sprint Fidelis leads were purposely designed to be thinner than other leads in order to avoid the blood clotting and other complications associated with thicker leads. However, the thinner leads are more prone to fracturing. Leads that fracture can send false signals that result in shocks delivered when unnecessary or a failure to send life-saving shocks.

Lawsuits have now been filed against Medtronic, alleging that the company knew about problems with the Sprint Fidelis Leads but did not take proper action until October. The company has not agreed to pay to have leads replaced in cases where the lead has not yet fractured, meaning patients who want the surgery will have to pay for it on their own. There is no way of determining which leads will or will not fracture.

Patients who have been harmed by a Medtronic Sprint Fidelis Lead may be eligible to join a lawsuit against the company.

If you are unsure as to whether or not you had a Sprint Fidelis Lead implanted, contact your doctor for information.