Barely hours after Medtronic recalled Sprint Fidelis leads associated with its line of implantable defibrillators, the first personal injury lawsuits began rolling out, including one filed in federal court in Minneapolis, where Medtronic is based.

At issue are the small wires, or leads, which connect the implanted defibrillator to the heart. Medtronic had recently identified a trend amongst the newer, thinner Fidelis leads that suggest they are prone to hairline fractures, which could severely impact the performance of the defibrillator. It is estimated that between 4,000 and 5,000 patients will require risky surgery to have the wires replaced. 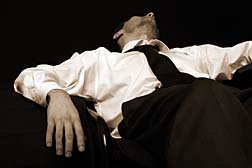 While Medtronic has been lauded by the U.S. Food and Drug Administration (FDA) for undertaking the recall amidst the absence of conclusive data, others in the medical community are asking the same question posed by [LawyersandSettlements] in a story that appeared on this web site yesterday.

Why was this not anticipated?

The Medtronic Sprint Fidelis lead is the smallest, thinnest wire in the Medtronic line. Introduced in 2004, it was developed in part due to a preference by some doctors to use thin leads, as they are easier to thread through blood vessels.

However, in comments appearing today in the New York Times, Dr. Ranjit Suri says that his colleagues have stopped using all small-diameter leads, because of recurring problems. Dr. Suri is a cardiologist with New York Hospital at Queens. In a further damnation to the small leads, a group of cardiologists polled yesterday indicated that the newer, thinner leads may not be hardy enough to withstand the rigors of movement and other stresses, once they are in the body.

A single fracture, or a series of hairline cracks can cause the defibrillator to behave erratically. The possibility and risk of the device not delivering a potentially life-saving shock to the heart at a critical time, is compounded by an equal possibility of the device delivering impulses at inappropriate times.

That's what happened to Stephanie Martinson of Palo Alto, California. The 35-year-old speech pathologist had a Fidelis lead removed in March of this year after she was inappropriately shocked by her implanted defibrillator 26 times in a single hour.

Five deaths have been reported, potentially linked to the fracture-prone Fidelis lead, and not all of them a result of inadequate shocks to the heart when required. In some cases the opposite can be true, as a series of inappropriate shocks delivered by the defibrillator, due to the inability of the cardiac device to 'read' the heart correctly because of a crack in the line, can cause undue stress to the patient.

One of the five deaths linked to the Fidelis lead occurred in August of last year. The patient began experiencing a series of inappropriate shocks. That, in turn, led to additional cardiac complications, and the patient did not survive.

Another patient, who died in March, also experienced inappropriate shocks to the heart. A third patient, who passed away in January, died as the result of the failure of the defibrillator to deliver life-saving impulses when needed.

Medtronic estimates that statistically, 2.3 per cent of the 235,000 patients who have received the Fidelis leads since 2004 will experience a fracture in their heart wire over a period of 30 months. The company has stopped vending the leads and will recall any that are already in the pipeline, to ensure they will not be used. Medtronic is urging all patients to consult their doctor with regard to the issue. A lead determined to have a fracture will be replaced free of charge by the manufacturer, which will also contribute up to $800 in medical costs not covered by insurance.

Medtronic also says that the defibrillator can, in most cases, be re-programmed to mitigate the risk.

However, even given the tendency for the thin, Fidelis lead to fracture, Medtronic is not offering to replace any lead that is determined to be functioning well.

The surgery involved to replace a lead is considered much riskier than simply replacing the defibrillator device itself.

Medtronic took a hit on the stock market yesterday, with shares dropping more than 11 per cent. The company expects to lose up a quarter of a billion dollars in sales, in the current quarter.

Industry insiders speculate that a continuing problem is a lack of data on cardiac device parts - such as the leads. Such a vacuum suggests that it takes longer to acquire the necessary data to properly analyze a problem.

Medtronic does conduct post marketing studies of its products, but the participants in the Fidelis lead study was quite small, at 650 patients. Dr. Charles Swerdlow, a consulting cardiologist to Medtronic from Los Angeles, said in the New York Times this morning that such a small study is not large enough to "accurately capture rare events."

That could explain why the death of the Fidelis lead patient in August of 2006 did not
set off alarm bells. It took seven months, and two more deaths, before Medtronic finally alerted doctors to the potential hazard.

Even then, the message didn't get out. Stephanie Martinson of California received her replacement lead in May of this year - two months after the warning letter to doctors.

What she got in May was another Fidelis lead.

Medtronic competitor Guidant, now owned by Boston Scientific, uses a thicker lead. And while scrutiny of cardiac devices has been stepped up since the Guidant debacle of three years ago, when thousands of implantable devices were found to be defective--the same cannot hold true for other parts, such as the wires that connect the device to the heart.

Dr. William Maisel, a heart device specialist with the Beth Israel Deaconess Medical Centre in Boston, said in the New York Times this morning that Medtronic's warning to doctors in March--in the face of inconclusive data--is another instance of the industry trying to catch up to a problem, rather than anticipating it.

"What is frustrating here, is that this was another situation that was predictable."