Medtronic has announced that the massive Sprint Fidelis recall issued in October had an estimated negative sales impact of $130 million and cost the company $31 million in inventory write-offs and other direct costs.

The Sprint Fidelis lead is not the first defibrillator-related problem for Medtronic. The company has already announced a number of recalls because of problems with the batteries in its defibrillators. In fact, Medtronic is in the process of settling approximately 2,600 claims that argued the company hid defects in its defibrillators from the public. According to [Bloomberg,] Medtronic has set aside an additional $55 million to settle the claims, bringing the total settlement to around $130 million. 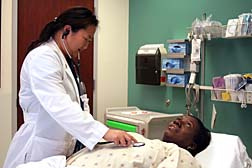 Plaintiffs argued that defects in the implantable defibrillators created life-threatening malfunctions in the devices.

In an interview with [Minnesota Public Radio,] Dr. Robert Hauser, a cardiologist at the Minneapolis Heart Institute, noted, "We have a rule of thumb, and that is if you see three of the same thing at one center, you'd better pay attention to it, because it's not likely due to chance." The clinic stopped using the Sprint Fidelis leads after six injuries related to the leads came the staff's attention.

Meanwhile, Sid Wolf from Public Citizen is tired of the self-congratulatory attitude that Medtronic has taken. The company publicly stated that it moved as quickly as possible in announcing the recall, but it received a letter back in March warning about problems with the Sprint Fidelis leads. Furthermore, the company had reports of malfunctions in January.

More News
On October 16, 2007, Wolf sent a letter to FDA Commissioner Andrew von Eschenbach, urging him to conduct an investigation into Medtronic's recall. He notes in the letter that a quick response to reports of injury in Sprint Fidelis patients was necessary because the longer the leads were implanted, the greater the chance of a malfunction. Furthermore, quick response would have prevented additional people from having Sprint Fidelis leads implanted. Since January, many people have had Sprint Fidelis leads implanted but would not have done so if problems with the leads had been made public. Now these patients have no choice but to wait and see if anything goes wrong with their leads.

Patients who have suffered serious shocks because of fractured leads since March would probably also agree that Medtronic did not act quickly enough after learning about problems. Some have alleged that Medtronic told them to keep the leads in and not worry about them, even after the leads malfunctioned. All say that having their lead malfunction is an incredibly painful experience and one that causes them a great deal of anxiety. It can also be life-threatening.