Larry McCall, a resident of this southeast Texas town, had an implantable cardiac defibrillator (ICD) in his chest. It was intended to monitor his heart condition, and if necessary, deliver an electric shock to his heart that would restore its normal rhythm. Problem is, that ICD was made by Medtronic and used its Sprint Fidelis leads. Those thinner-that-usual leads sat in his heart, and in 2006 they fractured.

According to McCall (not his real name due to ongoing legal action), beginning in January 2006, the defective Sprint Fidelis leads started delivering shocks to his heart at random intervals—shocks that he didn't need. It happened again and again ... and again...

McCall was just one of nearly 270,000 people worldwide with defective Sprint Fidelis leads. Medtronic withdrew the Sprint Fidelis from the market in October 2007 after receiving reports of several patient deaths. People like McCall, however, were caught between a rock and a hard place: removing and replacing the Sprint Fidelis leads requires delicate surgery that can be more dangerous than leaving them in place. 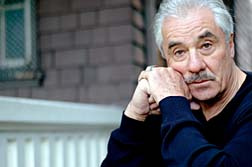 The federal Food and Drug Administration (FDA) said on its Web site, "The leads continue to function properly in the vast proportion of patients." McCall wasn't one of the vast proportion, though; he required emergency surgery to replace the Sprint Fidelis leads. In the aftermath, he says, he still suffers from heart palpitations and other related ailments; he says that he's also at increased risk of heart attack, potentially fatally.

McCall has filed suit against Medtronic for violation of several laws, including the Texas Consumer Protection and Deceptive Trade Practices acts. According to McCall's legal complaint, he's suffering from symptoms of Post-Traumatic Stress Disorder (PTSD) such as fear of death, anxiety, and "great physical, emotional, and psychological suffering."

That "reckless disregard" includes Medtronic's failure to issue any consumer warnings between March 2007, when the Sprint Fidelis lead problem first emerged, and October 2007, when they issued the recall.

McCall's case is not as unique as it may sound. The AttorneyPages Web site reports that many patients who have gone through what he has "have reported feeling fearful of having another surgery because of what could happen when they are on the operating table—such as having a heart attack, stroke or getting an infection. Even if some of these circumstances are unlikely to occur, it doesn't mean that patients aren't experiencing legitimate fear. Even patients who don't need to have surgery report that they're nervous about the future."

That's not what you expect or deserve from a medical device that's supposed to save your life.

Posted by
Robert
on January 14, 2012
I had the same experience with a St Jude defibrillator and completely concur with the reported experience. These leads are now subject to the FDA top Type 1 recall. The recall concentrates on shock lead failure but is strangely silent about the terror inflicted by the sense lead failure and the drastic misdesigned response of UNLIMITED inappropriate shocks. In addition these leads have been reported to the FDA to break entirely and pierce the side walls of the heart.

I would argue this experience and its aftermath is at least at least on par with water boarding. One difference is that even under the most permissive definition of torture by the previous administration, damage is happening to a major organ from ICD shock. Every time that device fires a bit more heart tissue dies, at least as seriously the central nervous system is assaulted, and every other organ in the body stressed. Fundamentally, the water boarding victim knows that a human is manipulating the situation and thus may be appeased. The ICD victim is receiving violent electrification literally wired into the heart, spreading instantly to the brain like an out of control electro-shock, and throughout the rest of the body. There is no bargaining with an malfunctioning device that is misdesigned to be at the whims a blatant sensor failure.

These devices could easily be designed to detect sudden senors signal failure and could be inhibited or at least rate limited in response. But they are not, and that is negligent design failure on par in my professional opinion as a software engineer with producing a lawn mower that is known to periodically throw its cutting blade when bumped the wrong way. Three is really ugliness in a industry that releases dangerous, unsafe software and bad quality hardware.