Back in March, Medtronic sent letters to doctors warning them about the risk of fractures in leads and reminding doctors of the proper way to use the leads. By this point, some doctors had already realized that the Sprint Fidelis leads were prone to fracture. However, patients were not made aware of the problem until March, when Medtronic recalled the leads. Many patients are now concerned that they have defective leads that may fracture, causing them to experience serious, unnecessary shocks or causing their defibrillator to not administer a necessary shock. 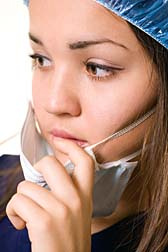 Meanwhile, a shareholder who alleges that the company concealed information about defective lead wires has also filed a lawsuit. The suit seeks unspecified damages from Medtronic and claims that Medtronic's actions constitute securities fraud.

According to the lawsuit, since October 15, the day that sales of Sprint Fidelis leads were suspended, shares in Medtronic have dropped from $56.33 to $45.99. At the time, Medtronic reported that at least five confirmed deaths have been linked to defective lead wires. The lawsuit seeks class action status on behalf of those who bought Medtronic stock between June 25, 2007 and October 15, 2007, the period during which Medtronic allegedly made false and misleading statements. Among the statements was a claim in a securities filing that the Sprint Fidelis leads had a "strong market acceptance," and a claim that there was increasing clinical data to support the use of Sprint Fidelis leads.

More News
However, by January 2007, Medtronic allegedly already had 679 reports of injuries caused by defective leads. According to the lawsuit that number grew to 795 by April 30, 2007 and then jumped to 1,053 injuries reported two months later. Furthermore, Medtronic learned in February 2007 that the Minneapolis Heart Institute would stop using Spring Fidelis leads in its surgeries and replace them with the Sprint Quattro leads.

Patients who have recalled Sprint Fidelis leads implanted are understandably concerned that their leads could fracture and fail at any time, putting their lives at risk. Those who have already had their leads fail report that the unnecessary shocks are incredibly painful.