Make no mistake about it: the recent Supreme Court decision in Riegel v. Medtronic is exactly what the plaintiffs' attorney Allison Zieve calls it: "Pretty bad for patients, pretty good for industry profits." In dismissing a state court lawsuit against Medtronic for the failure of an Evergreen balloon catheter, the Supremes gave Medtronic and other medical device manufacturers a shield against state legal action for any medical device that received pre-market approval (PMA) from the federal Food and Drug Administration (FDA).

But that shield may have some holes, and Medtronic's defective Sprint Fidelis leads for implantable cardiac defibrillators (ICDs) may slip through one of them. 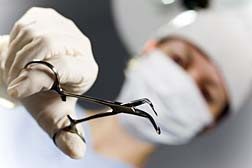 Understanding this requires understanding a somewhat obscure point of the 1976 Medical Devices Amendments (MDA) act passed by Congress to give the FDA overall control over approval of medical devices. That act specifically bars states from imposing requirements upon medical devices that have received FDA approval under PMA standards. That approval is granted when FDA finds, as the decision states, that there is a "reasonable assurance of safety and effectiveness."

However, not all medical devices receive approval through the full PMA process. When a company already has received PMA for a specific device, it can request approval for a similar device through a "supplemental" application. A supplemental allows the new device to receive approval by proving only that it is substantially similar to the existing device that went through the PMA process.

This distinction is important because, according to the Wall Street Journal's Medical Blog, the MDA's provisions, and the Supremes' decision, apply only to devices that go through the complete PMA process. They do not include devices that received supplemental approval. Additionally, an earlier 1996 Supreme Court decision ruled that devices approved via supplementals were not covered by the MDA. Justice Antonin Scalia's ruling in Riegel v. Medtronic did not reverse that decision, although it did not explicitly affirm it either. (Scalia probably would have loved to throw the earlier ruling under the bus as well, of course, but likely realized that he couldn't get enough of his colleagues to go along with that.)

That could take the Sprint Fidelis out of the ruling, because the Sprint Fidelis was indeed approved via a supplemental. It's not that simple, however. Hunter Shkolnik, a New York lawyer involved in state court Sprint Fidelis cases against Medtronic, says, "Medtronic probably already has summary judgment motions [to dismiss state court cases via the Riegel decision] ready to go, and I expect to see them filed in the next few days. The next six months will be consumed fighting about such motions." In other words, a lot of potentially costly litigation is riding on whether courts decide that the Riegel v. Medtronic ruling can be stretched to cover devices approved via supplementals.

That question is likely to fuel a lot of forthcoming legal battles, including the Sprint Fidelis cases. On another front, federal legislators were quick to denounce the Supremes' decision and to promise to clarify the intent of the 1976 MDA. Congressman Henry Waxman (D-CA) said, "The Supreme Court's decision strips consumers of the rights they've had for decades. This isn't what Congress intended and we'll pass legislation as quickly as possible to fix this nonsensical situation."

More News
Whether they can move legislation past a pharma-friendly Senate minority or a president who seems to have discovered his veto pen since losing both houses of Congress in 2006 remains to be seen.

We can expect battles on the legal and legislative fronts over the Supremes' decision in coming months. Additionally, the decision comprises a serious challenge to the FDA, which now must prove that its much-criticized approvals process can actually protect consumers effectively from defective medical devices before they go to market—at a time when the agency is underfunded, understaffed, and seriously demoralized.

One thing is certain: people were hurt, sometimes fatally, by the Medtronic Sprint Fidelis, and the company must be held responsible for its actions. It's no time to give up the fight with so much at stake.