Another Medtronic Infuse lawsuit has been filed, claiming the off-label use of the Infuse bone graft left the plaintiff permanently disabled. A Missouri judge allowed the lawsuit to proceed after dismissing a motion by Medtronic Inc. to dismiss claims of fraud and intentional misrepresentation. 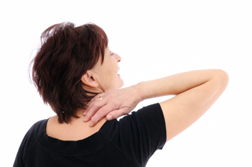 In September 2007, Laura Blankenship underwent cervical spine surgery involving fusion at C4-5, C5-6 and C6-7, with the Infuse bone graft placed at each level, which is an off-label procedure. (“Off-label” usage is defined as “use of a device for some other purpose than that for which it has been approved by the FDA.” Buckman Co. v. Plaintiffs’ LegalComm., 531 U.S. 341, 350 [2001].)

According to court documents, Blankenship claims that shortly after her surgery she experienced severe pain in her head, throat, neck, shoulders and arms, which resulted in her being permanently disabled and unable to maintain employment.

Blankenship blames her injuries on Medtronic’s improper promotion of the Infuse Bone graft for off-label purposes, and if she had known it was used off-label and aware of the risks involved, she would have never consented to the surgery. She further claims that Medtronic designed a marketing campaign specifically to encourage off-label use of its product by instructing its sales representatives to tell health care providers that the Infuse device was safe for all types of spinal surgeries, and not just those approved by the FDA.

Blankenship’s lawsuit alleges failure to warn, design and manufacturing defect, fraud, strict liability, intentional misrepresentation and negligence. The lawsuit states that Medtronic created “a marketing plan that explicitly included the improper over-promotion of off-label uses, by artificially lowering the price of the surgery and instructing their sales forces to visit physicians and other health care providers and mislead them into the false belief that Infuse Bone Graft was safe for all spinal surgeries, and safe for use with non-FDA metal cage devices.”

More MEDTRONIC INFUSE BONE GRAFT News
One of six exhibits included in Blankenship’s claim is a “Staff Report on Medtronic’s Influence on Infuse Clinical Studies” prepared by the U.S. Senate Finance Committee. As well, letters written by Senator Charles E. Grassley were submitted regarding concerns about the safety and marketing of Medtronic’s Infuse bone graft.

This recent decision by Judge Carol E. Jackson allowing Blankenship’s lawsuit to proceed (Case No. 4:13-CV-1087 (CEJ)) may have some bearing on a judge in California currently deciding whether to dismiss 21 products liability lawsuits, and many other Medtronic off-label lawsuits nationwide.

Posted by
Tammy
on June 4, 2015
I've endured 6 damn surgeries! Medtronics got away with murder. In No good yo myself. I'm so injured. Lost a great job of 18 years. A relationship all the fun in my life and will never be compensated. I can't believe they got away with this! I feel so bad for us all. I choke til I can't breath. I have taught my family how to cut my throat if in dying. Im young. We all need to make big voices here. Will never be the same. In do sick over this. I had c3 thru my thoracic spine rebuilt. Now my rod broke. I can't do no more. My poor body can't take it. Plus 5 more just neck surgeries. I want to die. I lost It all.

What can we do guys! Let's at least make a difference. I'm in. If anyone wants to make noise feel free to let me know. In not done with this!! And they are throwing out cases! Unreal.

Posted by
Deanna Hernandez
on August 23, 2014
I had this product used in my first back surgery in 2006 level L-4 L-5 & S-1 I have never recovered from this surgery I had two more surgery's one in 2008 to remove the 6 screws and 2 rods and 4 screws and 2 more rods put in at level L-3 I never got better then I had another surgery in 2008 to remove the 4 screws and 2 rods at level L-3 my life has been ruined I was also left with a moving disc that I have been told another doctor would never touch me so I live in pain 24/7 I have no life and live off of pain pills that just makes the pain tolerable at times anything I do always makes my pain a lot worse even sitting. I worked after each surgery until after the 3rd surgery I was only able to work about 7 weeks and I finally was able to get SSI. This is not a life at all the things I use to love to do I have not done in many years. I had one law firm take my case for several years and after another law firm won a settlement they took me out of the law suit and I don't think this is right. I was told by the doctor this product was almost too good to be true well he had it right it was too good to be true it ruined my life forever. I did not find out until 2012 that a different doctor that did the 2nd & 3rd surgery's had left me with the moving disc and it would of been 4 year 4 month's later so too late to sue him and I heard the Medical Board took his Medical License then he sued them all he had to do is pay 10k take a short medical class and he got his license back which is so sad since he also ruined many peoples life and killed some patient's.