A Virginia woman last month joined more than 100 patients nationwide who have filed Medtronic Infuse bone graft lawsuits claiming the Infuse bone graft off-label use has caused severe injuries due to Medtronic’s fraudulent misrepresentation, negligence and failure to warn about the dangers of Medtronic bone grafts. 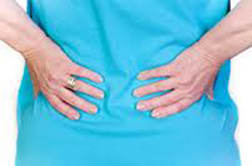 This recent lawsuit, Danna v. Medtronic Inc. et al, filed on January 17, 2014 in the North Carolina Eastern District Court, alleges that Infuse is a defective design and its defects are exacerbated when utilized in the various “off-label” applications and procedures Medtronic has marketed to doctors as being safe, regardless of not having FDA approval for off-label uses.

Sandra F. Danna claims that her Medtronic Infuse surgery off-label in October 2010 left her with debilitating injuries. Medtronic complications began with severe back and leg pain and tests showed that she had uncontrolled ectopic bone growth near the implantation site as well as impingement of neighboring nerves. Three months later, revision surgery intended to remove the overgrowth and mitigate the damage, but her lawsuit says she is still in constant pain and can’t even do regular household tasks. Danna had to move so her adult children could help her and it is highly unlikely that she can return to work - Medtronic has also caused a huge financial burden.

The FDA approved the Infuse bone graft (used to stimulate bone growth) in 2002 for a limited type of spinal fusion surgery to alleviate severe back pain, namely in the lower spine, but was not approved for use in the cervical spine, which runs from the shoulders to the head. Regardless, a number of patients have undergone cervical spine surgery - often to treat neck pain - off-label and without being told by their physician that their Medtronic Infuse surgery has not been FDA-approved.

Many of these patients have found themselves at risk for dangerous infuse bone graft complications, such as difficulty swallowing, breathing and speaking, as well as swelling of the neck and throat tissue.

More MEDTRONIC INFUSE BONE GRAFT News
Danna’s lawsuit also alleges that Medtronic’s medical literature regarding the safety of Infuse was ghostwritten by doctors who received hefty compensation: articles and research reports were commissioned by Medtronic to minimize and limit discussion of known risks posed by the product during off-label use. The risks of bone overgrowth at implantation sites and other adverse events were omitted and insufficient information was included regarding appropriate dosages. These reports led doctors to perform off-label surgery such as the implant Danna had. The lawsuit further alleges Danna suffered economic loss due to Medtronic’s “fraudulent misrepresentation, breach of warranties, defective product design, negligence and failure to warn about the dangers posed by Infuse bone grafts.”

According to Transparency Market Research Team (December 19, 2013), serious side effects caused by Medtronic Infuse have created negative impact on its sales. According to the American Academy of Orthopedic Surgeons, about 465,000 spinal surgeries were performed in the US alone in 2011, and this trend is expected to grow in the future owing to baby boomers reaching the geriatric population. Attorneys expect more Medtronic Infuse lawsuits to follow.