In the wake of Medtronic Infuse Bone Graft lawsuits alleging injuries, Medtronic investors have filed a lawsuit against the medical device company, claiming false and misleading statements regarding the use of the Infuse Bone Graft for reduction of pain and for complications associated with treating degenerative disc disease. Meanwhile, recent reports and studies have shown damning evidence against Medtronic’s product. 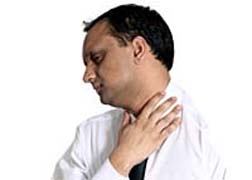 Two reports released in 2013, both published in the Annals of Internal Medicine, indicated that the genetically engineered Infuse product has “little benefit beyond standard treatment and could expose patients to harm.” One report went further, stating that previously published studies were biased and they were little more than “infomercials” for medical device companies. Both reviews also mentioned a possible cancer risk with the product.

Medtronic’s Infuse Bone Graft was initially approved by the FDA in 2002 to be used only for an Anterior Lumbar Interbody Fusion (“ALIF”) surgical procedure, involving a single-level fusion in the L4-S1 region of the lumbar spine. Then the agency approved its use in some fusion surgeries in the lower back only, as well as for some oral and dental uses.

In 2011, off-label use of Infuse by physicians comprised nearly 90 percent of sales. That year was busy for Medtronic. In June, the company announced it had received an inquiry from the U.S. Senate requesting information related to the Infuse Bone Graft product.

Five days later, The Spine Journal published a damning article about the Infuse product and physicians, saying that “Doctors who received millions of dollars from Medtronic systematically failed to reveal serious complications linked to the company’s lucrative back surgery product, Infuse.” Incredibly, the authors of the study at one time promoted the product.

“We find ourselves at a precarious intersection of professionalism, morality, and public safety,” stated a Spine Journal editorial published along with the study. “We work under a burden of suspicion that new technology research and publication is simply a ‘broken system’ as currently practiced.”

By August, Medtronic announced it would publicly release Infuse Bone Graft data for Yale University researchers to conduct a review. Also that month, Medtronic stocks declined from over $43 in May 2011 to $30.41 per share on August 10, 2011.

A lawsuit was filed in the U.S. District Court for the District of Minnesota on behalf of Medtronic investors, alleging violations of Federal Securities Laws by Medtronic, Inc. in connection with certain allegedly false and misleading statements that were made between December 8, 2010 and August 3, 2011. The lawsuit alleges that between these dates Medtronic issued false and misleading statements to the investing public regarding the use of the Infuse Bone Graft product.

The use of Infuse by surgeons fell significantly in the past few years. At one time, annual sales of Infuse were close to $1 billion, but slid to $528 million during the 12-month period ending in April 2013.

Are physicians less easily swayed by the Infuse product now that Medtronic lawsuits have been filed?

In 2009, Christina Ramirez had spinal surgery using an off-label posterior approach with the Infuse bone graft that went horribly wrong. She filed a Medtronic personal injury lawsuit. Ramirez claims Medtronic promoted the Infuse Bone Graft for use off-label and it promoted such uses through journals, media, sales representatives and by paying leading physicians.

In August 2013, Judge G. Murray Snow of the United States District Court for the District of Arizona ruled on a motion to dismiss in the case of Ramirez v. Medtronic, Case 2:13-cv-00512-GMS. The court found that “While permitting health care providers to use devices in ways other than those anticipated by the FDA, the FDA prohibits device manufacturers from promoting the off-label use of their product. By engaging in off-label promotion, the manufacturer may misbrand a device.” Further, the court said, “When Medtronic allegedly violated federal law by engaging in off-label promotion that damaged the Plaintiff and thereby misbranded the Infuse device, it departed the realm of federal regulation and returned to the area of traditional state law remedies.”

This decision means that the claims of design defect, failure to warn, fraud and misrepresentation were not preempted.

More MEDTRONIC INFUSE BONE GRAFT News
Another Medtronic Infuse bone graft lawsuit filed by Mark Goade and his spouse alleged the surgeon and Medtronic used the Infuse bone graft off-label that had not been FDA-approved. Medtronic was accused of design defect, strict products liability, failure to warn, negligence, misrepresentation, breach of express and implied warranties, and violation of the Missouri Merchandising Practices Act. The surgeon was accused of medical malpractice and failure to obtain informed consent.

On December 3, Judge Ortrie D. Smith of the U.S. District Court for the Western District of Missouri found that the surgeon was not fraudulently joined and that the case does not arise under federal law. Judge Smith said the claims against Medtronic Inc. and the surgeon do not “turn on substantial questions of federal law.” The Medtronic lawsuit has been remanded back to state court.

Posted by
john andrick
on January 13, 2014
I had infuse used in cervicl surgery ,after being released fom hosp. I had to be readmitted because I couldnt breath. The hosp. said I had phnoma. Loss 60% usage of my arms. I have had 3 lumbar surgeries this year infuse was use in all three. I told the surgeon I didnt want infuse. He told me he only uses infuse in the proper way. The last surgery I had the doc. had to take out all the rods & screws. The surgeon used infuse like a glue. I now live on pain killers. I use a walker most of the time. Now my nero surgeon has ordered another mylograme on my neck because of a emg test result done on my arms. Nerve pain in arms and hands. I filed a lawsuit almost 3 years ago and stll nothing is happening. You have to be a millonare in this country to get any type of justice. Thats what that word meanes JUST US...BIG CORP. PARM CO...I WANT JUSTICE AND I WANT IT NOW.
Posted by
Terri Davidson
on January 6, 2014
I had bone fusion surgery in 1995 and wore this Medtronic devise for one year and have been told that my bone fusion surgery did take by the Texas Back Institue, and than by Parkland Hospital at various times that it has not taken. I now have a bulging disc in that same area that I had the surgery in so it leaves me questioning this surgery.