A physician who has practiced medicine in both Alabama and West Virginia is now facing the loss of his medical license in Alabama after being named in 120 malpractice cases in the two states.

The doctor, Dr. John King, has had complains filed on him by a number of patients, including a complaint from a patient who was in a coma for 26 hours. An attorney has been notified by the Alabama Board of Medical Examiners that it has made a recommendation regarding the revocation of King's license.

The board's recommendation comes after receiving complaints claiming that King's unprofessional conduct and the manner in which he has practiced osteopathic medicine has endangered past patients and would endanger future patients if he were to continue with his license to practice medicine in Alabama. The complaint also states that he has a lack of clinical competency or basic medical knowledge that has resulted in repeated negligence, which has, in turn, resulted in repeated malpractice suits. 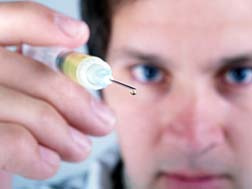 King's hearing is set for May 28th in which he will be seen before the Medical Licensure Commission of Alabama and they will rule on the case at that time.

It is not certain as to whether or not King, 49, is still working as a doctor. King states that he received no income in 2007 and his mother's home in Birmingham is listed in Bankruptcy court records. King had listed his mother's address as his permanent residence.

In the fall of 2006, King had briefly worked at American Family Care in Birmingham. At that time, there was a lawsuit filed against King and the clinic stating that treatment administered by King caused a patient's coma. There was also another lawsuit that made claim that treatment by King caused significant pain when the visit was a simple office visit.

Due to King's filing of bankruptcy, trials regarding the multiple malpractice cases in West Virginia have been put on hold. He practiced medicine as an orthopedic surgeon from late 2002 to mid 2003. The West Virginia claims involve anything from maiming (patients losing their lives due to malpractice) to surgery that was not necessary.

However, there are records of King holding medical licenses in over a dozen states but has lost his license, surrendered his license, or his license was suspended in at least six states. There were two other states in which he let his license expire.

As far as his Alabama license, he has maintained it since 1985 and still holds licenses in Tennessee, Georgia, Florida, New Jersey, New York, and Pennsylvania.

More News
One patient in Alabama, Renee Blackman, who used to receive treatment from King, stated that she was excited at the possibility of King losing his license. Her personal experience involves treatment she alleges was administered by King that resulted in her not being able to return to work for seven months. She states in her lawsuit that she spent 26 hours in a coma and spent a week in the hospital after King allegedly administered a fatal overdose of an anti-nausea medicine intravenously.

Another patient who saw King the day after Blackman's visit said that she was receiving treatment for a staph infection that was made worse by King's treatment.

A lawyer for the clinic, Larry Harper, has stated that all cases are on hold since Dr. King filed for bankruptcy last year in Birmingham. Harper, speaking on behalf of the clinic, stated that American Family Care denies any liability toward the two patients.

As far as the cases, King denies the allegation against him.