House Holds Back Immunity for Telecom Industry as FISA Expires

A three-week long battle has been raging within the U.S. House of Representatives. The battle has been an attempt at implementing amendments for the Foreign Intelligence Surveillance Act (FISA). This would allow the federal government the ability to continue utilizing the telecom companies as a means for allegedly tapping into Americans' phone conversations without warrants. This push for the amendments rides on the heels of the FISA expiration today. Democrats are viewing this situation as a loss. They were attempting to stall for more time to devise a solution to this issue that has slowly snowballed over the past three to four years.

Several politicians around Washington, D.C. are left asking many questions as to the manner in which the information the government has gathered will be used. There are several concerns on Capitol Hill about this situation. Not all Republicans and decent amount of Democrats do not support President Bush's attempt to garner more leverage over wiretapping. 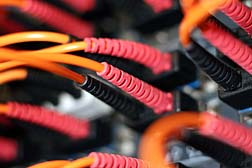 Many politicians feel that more information needs to be furnished about the warrantless wiretapping program. President Bush and other officials are allegedly too tight-lipped regarding the program. Awareness and concern has been raised largely by the media's unveiling of the wiretap agenda of the federal government without warrants. Since that time as many as forty lawsuits have been taken out against AT& T and other telecom service providers. Allegedly the service providers permitted government officials to hone in on various American's conversations via phone without the requirement of a warrant.

Potentially if FISA is extended or more wiretapping privileges are granted to the federal government, lawsuits against the telecom industry would become null and void. Foes to the bill to grant the government further power over phone lines allege that more a surmountable amount of power will be placed in the hands of the central government. This will eliminate protection of many of the freedoms and privacy that Americans now take for granted. All of this is done in the interest of shielding the country from terrorism. However, many are left wondering is the protection worth the freedom that will be lost in the process?

The U.S. government already enjoys a favorable amount of power to tap into conversations in regards to terrorism outside of America's borders. The federal government is running into issues with the same privilege within the United States due to the need for a warrant. This is causing the executive branch to assert power in which they try to skirt around the judicial branch to gain that authority.

However, some Americans that would take issue with the government performing the warrantless wiretapping may still have some recourse. Cases that would come before the judicial system in court will begin to ask more questions of the telecom companies. This may cause judges to ask why these companies gave the federal government such privileges simply because they asked for them. Another major issue is that the bill being presented to be law doesn't specifically define who a terrorist is. This makes the definition of terrorist completely subjective and up in the air.

If you have had a telecom problem, please contact a lawyer involved in a possible [Telecom Media Lawsuit] to review your case at no cost or obligation.
Request Legal Help Now