A Maryland labor and employment lawsuit against DirecTV LLC (DirecTV) and DirectSat USA, LLC (DirectSat) that was lost for the plaintiffs when a Maryland judge tossed the lawsuit in 2015, has been resurrected on appeal. In January, a three-judge appellate panel determined that plaintiffs indeed had a case and the matter can move forward. 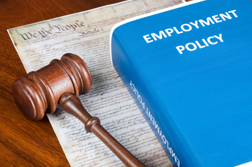 Plaintiffs asserted that DirecTV and its vast network of home service providers constituted a “fissured employment scheme” that encumbered contractors to follow uniform DirecTV polices which, in the plaintiffs’ view, made the plaintiffs employees under FLSA and Maryland labor and employment law.

On July 1 of 2015, Judge J. Frederick Motz of the US District Court for the District of Maryland ruled that the plaintiffs’ complaint “alleges nothing that implies that the companies in the DirecTV provider network were undercapitalized or slavishly followed every suggestion made by DirecTV in regard to the status and method of payment of the technicians with whom they had a relationship,” the opinion said.

The ruling concluded that “DirecTV adopted a reasonable business model that allowed for the decentralization of decision-making authority regarding the employment of technicians to install its equipment.”

The plaintiffs appealed, citing Maryland state labor laws and FLSA statutes. In January of this year, the Fourth Circuit reversed the lower court’s ruling, allowing the Maryland labor and employment lawsuits to proceed.

The appellate panel concluded plaintiffs’ assertions that DirecTV and DirectSat were joint employers constituted a plausible claim – and, as such, both can be held liable for overtime violations under FLSA and Maryland labor and employment law.

“The district court relied on out-of-circuit authority that we have since rejected as unduly restrictive in light of the broad reach of the FLSA,” the panel said. “Analyzing plaintiffs’ allegations under the legal standard adopted by this circuit and construing those allegations liberally, as we must when ruling on a motion to dismiss, we conclude that plaintiffs’ factual allegations state a claim under the FLSA.”

Two separate Maryland labor and employment lawsuits were brought in 2013 and 2014 by technicians who claimed the defendants, DirecTV and DirectSat were involved enough, and sufficiently directed the work, tenor and operations of technicians to the point where classifying them as independent contractors was implausible.

DirecTV was seen as heavily involved in a complex collective of intermediary entities comprising a “provider network” contracting with a patchwork of subcontractors, which in turn contracts with technicians.

DirectSat is one of those intermediaries.

In spite of the patchwork of players, plaintiffs alleged that DirecTV was the “primary, if not the only” client of each of the providers who served as the technicians’ direct employers and served to dictate every aspect of their work.

Conversely, DirectSat was alleged to have implemented and enforced DirecTV’s hiring criteria, relayed scheduling from DirecTV and provided facilities for training sessions mandated by DirecTV.

Thus, plaintiffs held that both DirecTV and DirectSat were joint employers. While the lower court did not support that claim, the Fourth Circuit found there was sufficient plausibility in their claims to revive the Maryland labor and employment lawsuits, and allow them to move forward.

“As a result of this misinterpretation, the district court incorrectly treated a worker’s status as an employee or independent contractor as to each putative joint employer as a threshold inquiry to be decided prior to determining whether the two entities are completely disassociated,” the panel said. “The district court in this case erred by considering whether plaintiffs qualified as employees ‘without first determining whether a joint employment relationship existed’ between DirecTV, DirectSat, and plaintiffs’ other putative joint employers.

“When considered under the appropriate joint employment test…plaintiffs’ factual allegations plausibly demonstrate that DirecTV and DirectSat jointly employed plaintiffs during the relevant period.”

DirecTV is owned by AT&T.

If you or a loved one have suffered losses in this case, please click the link below and your complaint will be sent to an employment law lawyer who may evaluate your Maryland Employment Law claim at no cost or obligation.
Request Legal Help Now