Lumber Liquidators has almost become a household word after the CBS News Program 60 Minutes reported that the discount flooring retailer sold flawed Chinese flooring products. But did 60 Minutes do its homework before accusing the company of selling a defective product? 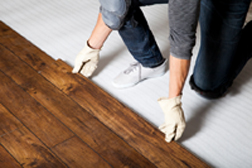 A Lumber Liquidators Defective Flooring class action has been filed, alleging the company sold flooring with dangerous levels of formaldehyde, which violates the state of California safety regulations. But last week, The Consumer Product Safety Commission announced it is going to formally investigate whether the flooring product is a safety risk.

There are no national standards on formaldehyde emissions. The federal Environmental Protection Agency has proposed rules to limit them, but the regulations have not been put into effect, according to the New York Times.

According to one lawsuit, Lumber Liquidators told customers the flooring’s formaldehyde emissions met California air-quality standards, when they did not. California testing removes the top layer of a board and tests the core of a product for formaldehyde, which is a common preservative used in a number of products, including clothing. It is found in the glue of laminate flooring.

Lumber Liquidators, one of the largest discount flooring retailers in the US, argued that the California test is flawed because its product should be tested without removing the top layer, like other products are tested.

In a disclosure filed with the US Securities and Exchange Commission (March 2, 2015), Lumber Liquidators believes the 60 Minutes report “used an improper test method in its reporting that is not included in CARB’s regulations and does not measure a product according to how it is actually used by consumers… Our chairman addressed the differences and our position on the test methodology but 60 Minutes chose not to include it.”

More LUMBER LIQUIDATORS News
There is another possible flaw in the 60 Minutes report, which featured short seller Investor Whitney Tilson, who went public with his shorting of the stock in 2013. (Short selling is the sale of a security not owned by the seller and a trading strategy that seeks to capitalize on an anticipated decline in the price of a security.) Tilson then pitched a story to 60 Minutes early last year, according to Bloomberg. After learning of a possible formaldehyde issue from the blog post of another short seller, a lawyer and the head of an environmental group then sued Lumber Liquidators.

The US Consumer Product Safety Commission Chairman Elliot F. Kaye said products dating back to 2012 will be investigated and results will likely be released in the coming months. Meanwhile, Lumber Liquidators has offered free testing and said it would consider replacing some floors. And more Lumber Liquidators lawsuits are being filed nationwide.

If you or a loved one have suffered losses in this case, please click the link below and your complaint will be sent to a defective products lawyer who may evaluate your Lumber Liquidators claim at no cost or obligation.
Request Legal Help Now

Posted by
Pat Kelly
on July 15, 2015
I have a copy of my original purchase of laminate flooring from a company called The Flooring Company in Santa Ana, however the man who installed it freelanced and may have purchased it from Lumber Liquidators. I have had asthma and continual itching since it was installed. The problem is the invoice is dated 10/17/06 but I didn't move into the house until January 2007. And when I looked up their business under the Scty of State for Calif, I learned they are no longer in business. I have lost 2 cats to cancer in the past 4 years and another cat was diagnosed with cancer 2 months ago. I know that the cancer was caused by the formaldehyde. I have a box of unused laminate and it was made in China. Until the 60 Minutes feature, I had no idea formaldehyde was used.

Click to learn more about LawyersandSettlements.com
LawyersandSettlements.com - A trusted, independent legal news provider bringing quality news and information on all legal cases and lawsuits filed in United States of America to its readers since 2002. Over 250,000 legal help requests including Defective Product Cases, Consumer Frauds, and Environment Cases have been forwarded to lawyers all across to the country.