Dog bites are on the rise in the US, according to the Agency for Healthcare Research and Quality. Hospital admissions for dog bites have nearly doubled in 16 years. Adding fuel to the fire is the fact that more dog bites originate with an owned dog, as opposed to a stray. In California, this brings the whole issue of Los Angeles Premises Liability to the fore, given that in many cases a dog bite comes from a dog you know. 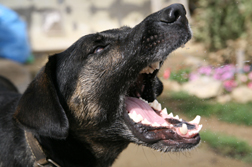 Case in point is the ongoing issue between Janet Harris—and Phil and Robin McGraw, the latter known internationally as hosts of the TV show Dr. Phil. The McGraws and Harris were, until the dig bite incident in 2009, friends. However, according to a story published in the New York Post February 3, from Harris' perspective the friendship is no more, as the dog bite victim seeks compensation from the McGraws for her pain and suffering.

Harris, a skin care specialist, was not only a friend but also a frequent guest on the Dr. Phil show. She had been over at the McGraw home previewing a freshly taped episode when the dog bite occurred.

In a statement published in the New York Post, Robin McGraw claimed that the couple's Jindo, a Korean breed, was asleep on the floor, when "she was inadvertently startled and snapped as a result. "As the photos taken at the time show, it was minor," McGraw said. "In fact, Janet stayed and visited, petting Maggie."

However, that's not how the plaintiff sees it. Harris' dog bite attorney characterizes the dog bite more as a brutal mauling, causing uncontrollable bleeding from what appeared to be a small but deep puncture wound.

The plaintiff claims that the McGraw dog had an unpredictable temperament and had bitten before.

According to premises liability California, a homeowner is basically responsible for the safe condition of the home, including pets that are allowed to freely roam the premises. An issue with any dog bite lawsuit would be if the dog owners were aware of a pet's prior biting occurrences, and if the guest was also aware of that fact or allegation. If so, should the dog have been allowed to remain unrestrained with a guest in the house? Was the guest aware of the risk? Is the guest or the pet owner ultimately responsible?

The injury occurred in December 2009. The lawsuit was filed February 2 at California Superior Court.

The defendants claim they paid for Harris to take a Hawaiian vacation, as well as providing their insurance information to the plaintiff, but that she never filed a claim.

More LOS ANGELESE PREMISES LIABILITY News
The plaintiff's California dog bite lawyer described Harris' lost business as "lucrative," and that Harris and Robin McGraw stayed in touch for the first few months following the incident. However, when Harris shared concern over her inability to work, loss of earnings and mounting bills with Robin McGraw, Harris alleges that the response was less than positive and she felt abandoned.

In rebuttal, Robin McGraw stated that "Philip and I have taken care of Janet," McGraw said in the statement published in the New York Post. "Janet is a friend and we continue to wish her well."

"A lot of people think dog bites are from some (stray) running around, and no one knows where it lives," said Nancy Hill, who sits on the board of directors for the National Animal Control Association. "That happens to some extent, but to a greater extent it's the owned dog."

Posted by
Richard Stone
on March 3, 2011
I don't know about you but I get startled at times, why can't a dog get startled? That doesn't mean it's OK to bite someone but I believe that this Harris person is attempting to extort monies from the McGraw's, bottom line.

It's real easy to sue a dog owner and the attorneys out there love a law suit against a homeowner. All the insurance companies want to do is make a quick settlement and "their time and money" is not worth the investigation.

I feel for Harris but I believe what the McGraw's did more than compensates Harris. Harris, grow up