More LOS ANGELESE PREMISES LIABILITY News
A California dog bite lawyer for a skin-care specialist has filed a lawsuit against television show host Dr. Phil after the woman was allegedly bit by the doctor's dog in December 2009, the New York Post reports. 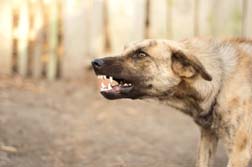 Janet Harris, who is a frequent guest on Dr. Phil McGraw's television program, claims that the dog bite caused her to suffer a severe arm infection and ultimately forced her to close her business in Los Angeles because she couldn't work.

Harris also reportedly claims that she suffered a significant loss of hearing as a side effect of antibiotics she took to treat the dog bite, according to the lawsuit.

Phil and his wife Robin McGraw claim that their dog, Maggie, bit Harris after being "inadvertently startled." The McGraws also claim they paid for Harris to take a Hawaii vacation just a few weeks after the bite and that they gave her their homeowners insurance information. Harris, however, did not file a claim, according to the McGraws.

"As the photos taken at the time show, it was minor," Robin McGraw said. "In fact, Janet stayed and visited, petting Maggie."

According to Forbes Magazine, it was estimated that Dr. Phil's 2007 earnings totaled $30 million.