More LOS ANGELESE PREMISES LIABILITY News
A Los Angeles construction accident lawyer could be needed after the California Division of Occupational Safety and Health (Cal-OSHA) recently launched an investigation into an incident in which a worker suffered first- and second-degree burns, the Ventura County Star reports. 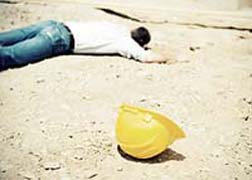 The worker was reportedly burned when a backhoe hit an underground power line, which also knocked out electricity for approximately 3,300 people, according to the news provider.

Krisann Chasarik, a spokeswoman for Cal-OSHA, said that the agency's Ventura office has opened an investigation into the incident due to the severe nature of the worker's injuries.

"If the injuries were something minor like a broken arm, then we wouldn't investigate," Chasarik told the news source. "But when you're talking about burns or loss of a limb or anything along those lines, then yes."

The worker, whose name was not given out to the public, had been released from Los Robles Hospital & Medical Center in Thousand Oaks, the news source said.

According to the Bureau of Labor Statistics, 4,340 people died in workplace accidents in 2009.