Dog bite injury lawyer Kip Scott and the Personal Injury Law Center team have over a decade of experience assisting people in the southern California area who have suffered a personal injury from a dog attack. The firm has recovered millions of dollars on behalf of their injured clients. 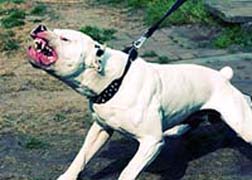 There are more than 60 million dogs in the US, and 40 percent of all US households own one. And those numbers are likely to increase—baby boomers find themselves with "empty nests" and a dog is a welcome addition. And many couples who postpone having children opt for furry friends.

For the most part, dogs are 'man's best friend,' but there are 300,000 dog bites per year in the US that require medical treatment, and about 60 percent of the victims are children with bites to their faces. Dog bites cause 18 deaths per year. Clearly, dog bite lawsuits are also on the rise.


Q: (LawyersandSettlements) What should I do after a dog attack?

A: (Kip Scott) Everything happens so fast in a dog attack. It goes without saying that the first thing you should do is get medical treatment. Dog bites cause a lot of injuries, from fractures and nerve damage to permanent scarring, and more often than not emotional trauma, especially with children. I've had children go through counseling to help them cope with dog bites—some children are even afraid to go outside after being attacked by a dog.

Find out who owns the dog. Get the owner's address so we can contact their homeowner's insurance policy holder. Take pictures of injuries and the dog and get names and phone numbers of any witnesses. If the attack happened at a facility—such as a gas station or corner store—report the incident to the store manager and get their contact info.

Contact the police and get the police report. And report it to your local animal control agency. Keep a diary and describe any changes in your daily life. A diary helps to refresh your memory later—perhaps in court—and it could also focus on your well-being. Then call a dog bite injury attorney.

Q: (LAS) How can your law firm help me win a dog bite case?

A: (Kip Scott) We take all the information you have accumulated and contact the police: We obtain the police report and the dog bite incident report from the city or county where the attack occurred.

We contact the dog owner. In most cases, we hire a private investigator to track down witnesses and to take statements from the dog owner. We want to identify any other responsible parties. Then we call the insurance companies and establish a claim. In addition, we make sure that the victim is getting everything they need, including medical and emotional care.

Some people who have been mauled by a dog also need emotional support. Often they become afraid of dogs. We make sure they are compensated financially for any future prognosis, which includes any compensation for permanent disabilities.

Q: (LAS) How can I get compensated if I am unable to work after suffering a dog attack?

A: (Kip Scott) If you are unable to work or partially disabled, we can find ways of getting you compensated. For instance, a homeowners' policy may have medical coverage and we will help you to collect coverage. If you have disability insurance we will help get a claim started.

We make sure that the insurance company pays for what the victim is entitled to. If a victim is under the age of 18, we have to go to court and ask the judge to approve a settlement—it's called a minor's compromise. The money goes into an annuity and is paid to the child at a certain date. And it earns interest for the minor, similar to a trust fund. If the victim is over 18, the proceeds will be distributed to them directly.

A: (Kip Scott) In the state of California, the dog owner is almost always liable. California law (Civil Code section 3342) has strict liability statutes and states that: "The owner of any dog is liable for the damages suffered by any person who is bitten by the dog while in a public place or lawfully in a private place, including the property of the owner of the dog, regardless of the former viciousness of the dog or the owner's knowledge of such viciousness."

A number of southern California counties, including Los Angeles, have leash laws that require a dog to be restrained by a leash 6 feet or shorter.

However, there are a few exceptions to this rule. California has a "trespass" exception, which means that a trespasser on your property cannot hold you liable if bitten by your dog. But this exception would not protect you from liability if your dog bites the mailman.

"Assumption of Risk" means that someone knows a particular action will likely cause a dog bite or attack. For example, you tell your neighbor to stay out of your backyard because your dog is in a bad mood today and might bite you. Your neighbor goes into your yard, assumed the risk and was bitten. He will unlikely be able to hold you liable because he was aware that your dog could bite. As well, California courts have found that strict liability statutes do not apply to dogs that bite veterinarians during the course of treating the pet.

Provocation In instances where someone mistreats or provokes a dog into biting him, courts will usually not hold the owner liable

Negligence Dog owners can also be held liable for their dog biting people due to negligence, which means that a dog owner must take reasonably prudent steps to prevent reasonably foreseeable attacks by their pet in order to avoid liability. Preventive safety measures will differ with the breed. For instance, those measures for an aggressive Rottweiler or Pit Bull won't be the same as those for a well-behaved Chihuahua.

Q: (LAS) Can you give me any examples of dog bite victims you have represented?

A: (Kip Scott) I've handled cases where Pit Bulls have attacked children. In one case, the dog attack caused several wound areas with exposed nerve and bone damage. Healing is a long process, both physically and emotionally, and overcoming her emotional trauma continues to this day.

In another incident, the dog was leashed but still managed to bite my client's leg while she was sitting in a waiting area of a convenience store. The dog's teeth went through her clothes, causing severe puncture wounds that later became infected. The wound became so infected that she needed large pieces of tissue removed and required two skin grafts to repair the wound site.

In another case, a little girl was walking in the park; she bent down and the dog bit her in the face and tore her lip. She was rushed to ER by her parents and had stitches. We were contacted right away. The owners filed a police report and we contacted the city to make sure that animal control was involved. At that point they quarantined the dog. One year later the girl required plastic surgery.

In another case, the county euthanized the dog because the attack was so vicious. The dog was first tasered by the sheriffs. Animal control officials took the dog away and two days later it was euthanized. My client—who needed reconstructive surgery to his leg—was attacked at a private residence. We went after the dog owner and the homeowner and collected from the homeowner's insurance policy.

(However, some dogs, such as the Pit Bull, Rottweiler, German Shepherd, Husky, Malamute, Doberman, Chow Chow and Great Dane, are not covered on some homeowner's policies.)

Q: (LAS) Is it better to settle or have my day in court?

A: (Kip Scott) A lot of settlements are dependent upon the nature and severity of injuries and the insurance policy limits. We will find out the limit of their policies and advise our client on what is best for them—whether to settle the case out of court or to file a lawsuit and proceed with a trial.

Most of our cases settle without going to trial. Most people would rather not go to court—they don't want to relive the incident. If we can get a fair settlement, we will. If we can't, we are ready to file a lawsuit and litigate on their behalf.

Generally we are able to work hard and get the insurance company or responsible party to pay. But if they won't settle, we will start the litigation process, which sometimes results in arbitration or mediation. More often than not, the case will then settle before it reaches a jury. We will make sure that the insurance company knows we have all the evidence against them and that they owe my client X amount of dollars and that they feel the heat. And they usually pay.

Q: (LAS) How long will it take to settle and what amount of compensation can I expect?

A: (Kip Scott) As a rule we don't want to settle prematurely, until we know the victim's prognosis and if there is any permanent nerve damage, for instance. In the above case where the girl's face was bitten, we settled a few months after her final plastic surgery. The family didn't want to go to court and put the child through further trauma. We made sure she got everything she deserved in her settlement.

More LOS ANGELES PREMISES LIABILITY News
Dog bite settlements can range anywhere from $1 million or more in a wrongful death. We try to console the victim or the parents—it is a long process, possibly two years or more and we help them go through a difficult time.


Kip Scott is senior partner at the Personal Injury Law Center, which serves Orange County and Los Angeles County communities. Kip has been recognized for his volunteer work with homeless children, New York 9/11 ground zero recovery team and Hurricane Katrina disaster relief. He has also been awarded by Orange County Magazine (cover story) and the United States Senate. The firm "believes in giving back to our community."

If you or a loved one have suffered losses in this case, please click the link below and your complaint will be sent to a personal injury lawyer who may evaluate your Los Angeles Premises Liability claim at no cost or obligation.
Request Legal Help Now