The Los Angeles defense attorney for Michael Jackson's former doctor said recently that they would be ready to go to trial within the statutory time limit of 60 days, The Associated Press reports. 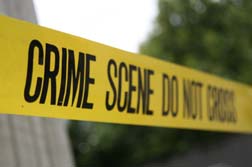 Dr. Conrad Murray reportedly pleaded not guilty recently to a charge of involuntary manslaughter in the death of Jackson, the news provider said.

"Your honor, I am an innocent man," Murray told Superior Court Judge Michael Pastor. "I definitely plead not guilty."

The judge reportedly scheduled the trial to begin on March 28 and set a February 7 date for a pretrial hearing. One of the doctor's defense attorneys said Murray was "looking forward to finally telling his side of the story."

If convicted on the charge of involuntary manslaughter, Murray could potentially face a maximum prison sentence of four years.

According to the Los Angeles Times, prosecutors have argued that there is evidence to support the fact that Murray was texting and on the phone in the hours prior to realizing the pop star was in cardiac arrest.

If you or a loved one have suffered losses in this case, please click the link below and your complaint will be sent to a lawyer who may evaluate your Los Angeles Criminal Law claim at no cost or obligation.
Request Legal Help Now