In Bowlin v. The Prudential Life Insurance Company of America, the United States District Court for the Central District of California overruled Prudential’s decision to deny long term disability benefits to a worker who gave evidence of many physical and psychological ailments. Bowlin is something of a rarity in long term denied disability lawsuits because the plaintiff won. Maybe it’s a trend in California, though. 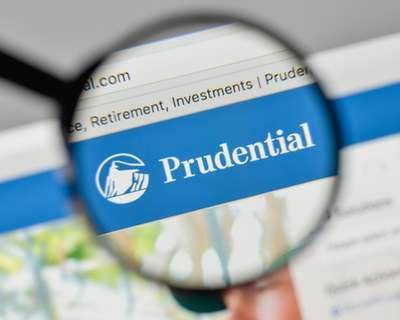 In any event, potential claimants can take away three important lessons:
• when courts go beyond a review of administrative processes to look at the underlying medical evidence, claimants may fare better;
• surveillance is a fact of life for many LTD claimants; and
• a plan that offsets SSDI benefits may ultimately pay a disabled worker little or nothing.

A Mixed Bag of Facts

After several years, her health started to fail. She had headaches, vision problems and was subsequently diagnosed with a variety of conditions including a liver tumor, goiter, Addison’s disease, generalized anxiety disorder and depression.

Her physician concluded that she “lacked the ability to concentrate for a significant period of time, had limited ability to work with numbers, and was unable to review financial documents to prepare business packages for clients.” Further, her “depression resulted in unexpected bouts of crying (which made her unable to meet with clients).”

During the relevant period of time, she also traveled to Peru to settle her mother’s estate and was observed going to the gym and driving a car.

At Prudential‘s request, Ms. Bowlin applied for Social Security disability benefits. Her application was denied, and she did not appeal the determination. Ultimately, after an internal administrative appeal, Prudential determined that she was not eligible for LTD benefits. Ms. Bowlin brought a lawsuit to challenge that denial.

LTD claims are messy because people try to work and carry on with life even when they are sick, at least for a while. The administrative appeals process is also long, and symptoms may change with time.

De Novo Review is the Key to Success


The most important sentence in the District Court’s decision comes early in the third paragraph: “As previously determined by the Court, the Court reviews de novo Prudential’s determination to deny long-term benefits.“ This means that the Court decided it could look at the underlying medical evidence to determine afresh whether Ms. Bowlin had made the case to receive LTD payments.

The general rule for review of an ERISA plan administrator’s decision is that, if the plan clearly gives the administrator the power to exercise discretion (which virtually all plans do), then courts should accept that decision unless there is gross misconduct .

In many federal circuits, that means that courts look only at process questions – did the administrator reply within set deadlines or was the appropriate language included in the plan document, for example. This generally does not work out well for LTD claimants.

Courts exercise greater scrutiny to determine whether the grant of discretion to a plan administrator is unambiguous. How unambiguous is really, really unambiguous? Surely, any ERISA litigator worth her salt can drive a truck through that loophole. California courts are therefore much more likely to re-examine underlying medical evidence in a wrongly denied disability claim. That tends to work out better for LTD claimants.

The Court reviewed Ms. Bowlin’s medical records, determined that she met the requirements of the plan, reversed the plan administrator’s decision and awarded her benefits.

When it Comes to Disability Claims, Assume you are Being Watched


Part of the evidence presented by Prudential had to do with Ms. Bowlin’s activities with friends, and the fact that she drove her car and went to the gym. How did Prudential know these things?

The record is silent, but this is the kind of evidence that private investigators hired by insurance companies look for. They also sometimes scour social media posts. LTD claimants should assume they are being watched and act accordingly.


The LTD plan under which Ms. Bowlin was covered allowed Prudential to offset any benefit that it paid against any Social Security disability payments received. This is a very common provision in LTD plans.

In fact, Prudential’s plan went even farther, allowing it to offset estimated SSDI benefits before a clamant began to receive them or even if a claimant never received them because he or she failed to file an application with Social Security. It was perfectly possible for a qualified claimant to receive no benefit at all under either the plan or SSDI.

More LTD INSURANCE FRAUD News
Ms. Bowlin filed an application with Social Security, which was denied. Prudential argued that because she did not appeal the denial, they could continue to offset phantom payments. The Court held that, since Prudential never asked her to file an appeal, they could not offset what they estimated she might have received.

That was close, however. The third and final lesson of Bowlin is that claimants need to be alert to the risk posed by SSDI offset provisions and to be prepared to pursue SSDI appeals vigorously.

Does the Bowlin decision bode well for LTD claimants? It is too soon to tell, but Ninth Circuit decisions bear watching. If there is plausible jurisdiction in that circuit, it seems like a good place to file a long term denied disability lawsuit.

If you or a loved one have suffered losses in this case, please click the link below and your complaint will be sent to an employment law lawyer who may evaluate your LTD Insurance Fraud claim at no cost or obligation.
Request Legal Help Now

Click to learn more about LawyersandSettlements.com
LawyersandSettlements.com - A trusted, independent legal news provider bringing quality news and information on all legal cases and lawsuits filed in United States of America to its readers since 2002. Over 250,000 legal help requests including Employment Law Cases, and Insurance Cases have been forwarded to lawyers all across to the country.