This is a story about two women: one Canadian, the other American. Both require long term disability benefits and have been denied. We’ll start with the Canadian, Lois Powell, who suffered injuries when her car was rear-ended, and after she could no longer work a $300 weekly payment from her insurer would be the difference between maintaining her lifestyle, and losing her home. 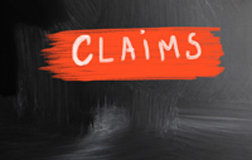 She lost her home. A long term denied disability lawsuit against her insurer would eventually provide her with disability benefits, but not before the damage had been done.

According to an account in The Vancouver Province (08/05/16), Wrongly Denied Disability Claims plaintiff Powell suffered injuries when her car was rear-ended by another driver in 2010. Powell was not at fault. Soon after the collision, which occurred in October of that year, Powell diligently returned to her job as an office worker, battling as best she could through the pain. Living alone, her job was her only means of support.

It got to the point where Powell could no longer perform her duties amidst the constant pain in her back and neck, and she was forced to resign from her job. Her doctors had agreed that her pain and suffering was a direct result of the collision several years before, and that the constant pain precluded her capacity to continue working.

Powell then applied for long term disability benefits through her insurer, The Insurance Corporation of British Columbia (ICBC), but was denied. The reason: that she was not actively receiving benefits by the two-year anniversary of the collision, which occurred in October of 2010. A clause in the policy contract required the insured to be actively receiving benefits by that second anniversary date, in order to be eligible and in accordance with the Insurance (Vehicle) Act of British Columbia.

Powell had been just a year beyond that anniversary date, having applied for benefits in 2013. “They made my life hell, actually. They denied me everything,” she said in a phone interview with The Vancouver Province from Victoria. “I literally cried for days. I didn’t know what I was going to do.”

In Powell’s Long term denied disability lawsuit, the Supreme Court of British Columbia agreed with an earlier ruling by three justices from the British Columbia Court of Appeal involving an almost identical case in 2014. That ruling found that ICBC was interpreting the law too narrowly in attempting to deny deserving insureds the benefits to which they were entitled.

Powell gets her benefits, but the damage is already done. The plaintiff was forced to sell her townhouse and move closer to her children so she could get ongoing help from her kids. Powell has two additional bad faith insurance lawsuits pending against ICBC.