Kentucky Gets Part of Lexapro Settlement

The state of Kentucky will receive $3.1 million as part of a settlement with generic pharmaceutical manufacturer Forest Laboratories, Inc., which was accused of providing misleading information about Lexapro birth defects and other potential adverse reactions to some of its drugs, Attorney General Jack Conway recently announced. 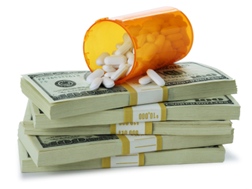 Kentucky's portion of the settlement comes out of the $313 million that the drugmaker agreed to pay in order to resolve criminal and civil complaints.

More LEXAPRO BIRTH DEFECT News
The federal government and a number of states, including Kentucky, accused Forest of submitting false claims to the Medicaid program by giving misleading information about the safety of Celexa and Lexapro, which are antidepressants, to physicians. Specifically, it was alleged that Forest claimed that the drugs were safe for use with children, which was a use not approved by the US Food and Drug Administration.

Conway said he was happy with the outcome of the litigation.

"I am pleased that we have reached this agreement with Forest and that it includes a provision that will prevent the company from engaging in these illegal marketing activities in the future," he said. "Drug companies that engage in the off-label marketing of their products are a burden to taxpayers and jeopardize the health and safety of consumers."

If you or a loved one have suffered losses in this case, please click the link below and your complaint will be sent to a consumer frauds lawyer who may evaluate your Lexapro Birth Defect claim at no cost or obligation.
Request Legal Help Now

Click to learn more about LawyersandSettlements.com
LawyersandSettlements.com - A trusted, independent legal news provider bringing quality news and information on all legal cases and lawsuits filed in United States of America to its readers since 2002. Over 250,000 legal help requests including Consumer Frauds, and Drugs & Medical Cases have been forwarded to lawyers all across to the country.