A cafeteria worker at Coats Elementary School in North Carolina was a dedicated employee until a reaction to the drug Levaquin left her with serious side effects that affected her ability to function in her job, according to local ABC affiliate 11 News. 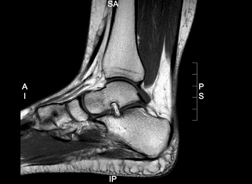 "I worked at Coats Elementary School in the cafeteria. I've been there 14 years," Terry Ennis recalled to the news source. "I really loved it, being around the kids and my co-workers and all."

Terry worked long hours at the school while taking care of her husband James, who had leukemia for about 15 years. Doctors said his condition would worsen right around the time she was forced to stop working, according to the news source.

She cared for her husband until his death, and it was about this time when she became sick. The stress of the entire ordeal may have led to the sickness, Terry told the news source.

"I had pneumonia, bronchitis and the flu all at one time," according to Ennis.

Terry was rushed to the emergency room at Betsy Johnson Regional Hospital in Dunn, North Carolina. It was here that she was given medication for her illness, the news source reported.

"'We're gonna give you an antibiotic,'" Terry said a nurse told her. "And said: 'You should start feeling some effects from it in a few minutes.' Well in just a few minutes, I did."

More LEVAQUIN News
She told the news source that the antibiotic was called Levaquin and that she was given it intravenously. Two months later she had a hard time walking and returned to the doctor's office to try and find out why.

"And he ran all kinds of tests on me and checked me, and he said 'Ms. Ennis, your Achilles tendon is ruptured and pulled apart,'" Terry told the news source.

ABC 11 reported that doctors have known about the tendon rupture side effect in patients taking Levaquin for years. Terry noted that she was never told of these potential risks prior to taking the medication.

According to the National Center for Biotechnology Information, there are significant side effects that can develop for patients taking Levaquin. Tendinitis can develop in the shoulder, hand, back of the ankle or other parts of the body.

Posted by
Ginget Hermann
on March 12, 2014
Hi Ginger
I been extremely I'll getting auto immune diseases a new one every few months PAIN in insane. Dr says mixed disconnective tissue arthritis fibroid myalgia strogens hypogammaglobanumia internal bleeding 8 surgery s on abdomen growing tumors head yo feet ALL since I had Six months IV levaquin at our home in Hawaii 2005. I moved back to CT where from too I'll now disabled. My life is about PAIN. Could this be from levaquin 2 IVs daily 6 most?