It seems like a strange trade-off: take Levaquin for bronchitis and wind up with severe tendonitis. Most people would expect that when they take a medication for illness, they may feel drowsy or suffer nausea or headaches. They certainly don't expect that they will suffer from tendonitis or tendon ruptures and wind up unable to use their limbs. 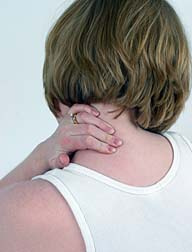 Yet that is exactly what is happening to patients taking Levaquin, and the situation is so serious that the drug now has a black box warning about the risks. Unfortunately for Ann G., that warning has come a few days too late. After taking Levaquin, she developed tendonitis from which she is still recovering.

"I had bronchitis and I was prescribed Levaquin," Ann says. "I had it filled—it was a 10 day supply—and I took it for the full time. The last day was on July 11 and I had no problems with it to that point. I woke up on July 13 with excruciating pain in both knees and in my shoulder. I have had minor surgery on my knees and rotator cuff surgery on my shoulder, but this was different. This was a really bad pain.

"I was on a cruise at the time, so the cruise was ruined. On the first day, the pain was the worst and for three to four days after, the pain was really, really bad. By the time I got back, it was about 50 percent better, but it was terrible at first.

"When I got back from the cruise, I immediately called my orthopedic doctor. He said, 'We just got a black box warning about that drug.' It's a little late for me, but I hope this helps someone else in the future.

More LEVAQUIN News
"It still hurts—I'm still in a lot of pain and it's a constant pain. It's especially bad at night. I take Naproxen at night, but I wake up when it wears off and I try to go without it during the day. I went back to water aerobics because the doctor said that is supposed to help, but other than that I'm trying to take it easy.

"My shoulder pops constantly, and when it does, it's a sharp pain. My knees also pop. If you touch a spot on my shoulder, I'll scream, it hurts that bad. It is hard to get up if I've been sitting down. The pain is getting better, but it still hurts.

"I just want other people not to have to go through what I went through. I won't feel safe taking an antibiotic again—at least, I'll never fill a prescription without checking it on the Internet. I hope this helps someone else in the future."

If you were harmed by Levaquin you may be eligible to join a lawsuit. Contact a lawyer to discuss your legal options.

Posted by
Gerri Adams
on March 11, 2015
October 1, 2013 I began taking a seven day script of generic Levaquin for an upper respiratory infection. Day 5 my left leg began hurting. Day 6 I went to bed w/ normal hearing and woke up on Day 7 w/ excessive hearing loss. After efforts by my ENT to get my hearing back I now have to wear a hearing aid in my right ear. The torn meniscus in my left knee has greatly affected my ability to exercise. My pharmacist advised me that the hearing loss was not included in the black box warning issued in July 2008. Information I have found online indicates that hearing loss is more likely to occur in those over 60 which I am. Every physician I have spoken with as admitted that Levaquin can do so nasty things as I well know.