A legal malpractice lawsuit against an attorney from Allentown, Pennsylvania, recently resulted in a $4.25 million settlement, the Morning Call reports. 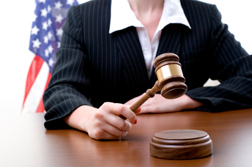 According to the news provider, attorney Donald P. Russo was found responsible for $3 million in compensatory damages as well as $1.25 million in punitive damages stemming from his alleged failure to appear at a termination hearing in 2004 for a public school worker who had been fired.

More LEGAL MALPRACTICE News
The lawsuit claimed that Russo was hired by Rox-Ann Reifer to represent her in the disciplinary case with the Colonial Intermediate Unit 20 in the town of Easton. Russo reportedly did not show up for the termination hearing and advised Reifer not to either, according to the suit. Reifer was eventually fired from her position with the public school, according to the news source.

However, in a recent interview, Russo told the news source that he would not end up paying any of the money in the settlement because Reifer agreed to seek the damages from a third-party malpractice insurer for the attorney.

He said that the settlement "has the appearance of something bad, but in terms of real money value, I'll never pay a dime."

According to its Web site, the Colonial Intermediate Unit 20 is one of 29 intermediate units across the state of Pennsylvania.

Posted by
Elmo Hudson
on January 8, 2017
I had several attorneys one charged me close to nine thousand to Subpoena the bank records with 7% interest and I didn't tell him to Subpoena those records I asked him to check the 1996 bank statements when my father left my Mom with $127,000 dollars and seven houses and six were rentals but he just Subpoena the 2011 records and said she didn't have anything I wanted to know how much money did her children borrow from her for she had no bills and both parents retired free of debt and she received both pensions and his social security checks and lot of more money is missing and I have all the evidence but none of the Trust attorney wanted to do anything I was told by an Accountant the Federal part of the income taxes were done wrong and their were criminal activities etc...