It was an alert physician who first noticed signs and symptoms of lead poisoning in some of her patients in Flint, Michigan. It was soon discovered water from the Flint River had corroded aging pipes causing lead to leach into the city’s water supply. Dangerous amounts of lead were slowing building up in the blood streams of Flint residents and causing health problems due to lead exposure. 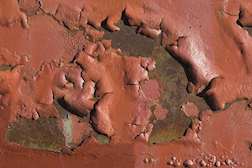 Flint became a lead poisoning public health disaster that grabbed international headlines. The reality is that thousands of Americans are regularly exposed to lead in the workplace, in the environment, in older homes and in aging public facilities like schools with old, rusty pipes.

"Obviously Flint Michigan was the big one but there are several school districts in California that have been connected to high levels of lead in school kids connected to the drinking water because of old pipes,” says Dr. Shizad Malik who is an Texas physician and attorney.

Children under the age of six are particularly vulnerable to effects of lead exposure, according to the CDC, because of their small size and young growing brains. Lead poisoning can affect a child’s IQ, academic performance and put them at risk for permanent brain damage.

“Lead poisoning can have a devastating, long-lasting, non-treatable impact on children. So it is something to definitely watch out for,” says Dr. Shezad Malik who leads the Malik Law Firm in Dallas, Texas. “The EPA moved to get rid of lead in gasoline and paint in the 1970s and we expected the amount of lead related injuries to go down but it has actually spiked.”

Over time, lead level builds up in the blood stream. The result can cause fatigue, headaches, nausea, joint pain or severe neurological problems and even death.

A simple blood test can detect lead poisoning. A small blood sample is taken from a finger prick or from a vein.

“It is possible using chelating agents to remove the lead contamination,” says Dr. Malik, “It depends on how severe the neurological damage is. If they have been exposed for a long time, the amount of lead they have absorbed, it is possible that no amount of treatment can repair the damage.”

Homes built prior to 1978 have been identified as a common source of lead contamination for children because of the use of now banned lead based paint. According to the CDC “as many as 24 million housing units in the US have deteriorated lead paint and lead contaminated house dust”. Four million of those homes have children living in them.

A new potential source of lead contamination comes from the proliferation of imported goods from countries with less demanding regulations regarding the use of lead in manufactured products.

Restoration Hardware, a well-known high end furniture store, recently had to suspend sales and issue a recall for its Railroad and Parsons Railroad style tables due a risk of lead exposure.

“The company imported and sold a high type of metal top table with a shiny dull gray finish. The tables were made in India. As it turns out the table tops actually contained certain amounts of lead. And there is now a case in California where kids were playing on the table, eating food on this table," says Malik.

At least two law firms are now investigating complaints from people and families who may have suffered injuries related to lead exposure from the tables.

Lead poisoning is considered to be an entirely avoidable problem in the US. Individuals who bring their complaints forward could expect an attorney to look at the particulars of the exposure and begin to determine who the potential defendant might be and try to find ways to help.

“We would look for ways to get compensation for them,” says Dr. Malik. “We would begin investigating the case, trying to identify the source of the exposure and identify a potential defendant. It could be a municipality, or it could be a landlord in the case of aging property where there is lead based paint on the walls. It could be a big manufacturing company, companies that recycle old batteries which have polluted the ground water and released lead into the atmosphere or ground water supply, or into the soil. The cases are all different of course.”

If you or a loved one have suffered losses in this case, please click the link below and your complaint will be sent to a drugs & medical lawyer who may evaluate your Lead Poisoning claim at no cost or obligation.
Request Legal Help Now

Posted by
Kristy Scherba
on April 30, 2017
I suffered lifelong debilitating fatigue, headache, dizziness, and multiple gastrointestinal problems, body ache, etc. I grew up in Flint, MI and used city tap water for drinking. I had my gallbladder removed in my late 30s and was told it was rotten and that girls younger than me died with it like that. I am now 61. I moved to TN in my mid-thirties, still very sick. I had hair mineral analysis, blood and urine analysis in my early-40s and found I had all five heavy metal toxins in the red category: lead, mercury, arsenic, nickle, and cadmium, at which time my regular physician at Williamson medical center in Franklin, TN, Dr. Nagy, referred me to a toxicologist, Dr. William Reed, at Vanderbilt in Franklin, TN. Dr Reed treated me for mercury and cadmium poisoning with oral chelation (chemit) and also some inner-veinous EDTA chelation for over a year. I am still having health problems and am now seeing an allergist/immunologist who has again placed me on chemit/chelation and recent blood tests confirmed that I am carrying a higher lead contentration in my body than the average population, and that my need for chelation will be for the rest of my life. This has caused me lifelong pain and suffering. I am now 61. dob: 11/06/1955