Bonnie Davis, a patient who fought to ensure patients knew about the risks associated with power morcellation has died at age 57 from cancer. Davis had undergone power morcellation in 2012 and was diagnosed six days later with cancer. She worked to raise awareness of the serious risks reportedly linked to the use of power morcellators, to prevent other women from going through what she went through. 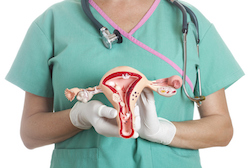 Power morcellators use tiny blades to break up uterine tissue during non-invasive hysterectomy or myomectomy. Typically, the devices are used to break up benign uterine fibroids so the smaller pieces can be removed through a tiny incision, lessening the recovery time for the patient. But approximately one in 350 women who undergo power morcellation actually have uterine sarcoma, and use of the power morcellator can spread the broken up cancerous tissue throughout the patient's abdomen, decreasing the chances of survival.

Unfortunately, there is no way for doctors to diagnose uterine sarcoma before the uterine tissue is removed, but women can undergo a surgery without a power morcellator to have the tissue taken out.

According to the Pittsburgh Post-Gazette (1/11/17), Davis was healthy when she had a hysterectomy with the use of a power morcellator in 2012. Only six days later, she learned that what she thought was a benign fibroid was in fact cancerous, and she was diagnosed with leiomyosarcoma. Despite undergoing chemotherapy and radiation, Davis died in her home on January 6.

Her work to raise awareness of the risks associated with power morcellation has had an effect. The Pittsburgh Post-Gazette reports that at least four insurance companies have stopped paying doctors in various states for gynecologic procedures that require the use of a power morcellator.

More LAPAROSCOPIC POWER MORCELLATION News
Lawsuits have been filed against Johnson & Johnson's Ethicon division and other makers of the power morcellator, alleging the companies knew or should have known about the risks associated with power morcellation but continued to market the devices. As a result, women allege, they were put at increased risk of serious, aggressive cancer without being aware they were being put at such risk. According to reports, some lawsuits have resulted in settlements.

In 2014, Johnson & Johnson sent a letter to healthcare providers, alerting them to a voluntary market withdrawal of Ethicon morcellators. Other companies, however, have not pulled their devices from the market.

Lawsuits were consolidated for pretrial proceedings in MDL 2652, however in 2016, after the majority of the cases in the MDL were resolved, leaving only three against Ethicon remaining, the two sides filed a motion to remand the lawsuits and dissolve the MDL. As a result, remaining lawsuits concerning Ethicon power morcellators are being dealt with separately.