Power morcellators might not be the only medical device the US government is concerned about but it is the one that seems to have spurred regulators into action. Power morcellator lawsuits, alleging women were not adequately warned about the risks of spreading aggressive cancer throughout their abdomen when they underwent a procedure that used power morcellation, have been filed against the maker of the devices. Now regulators have proposed bills designed to get faulty medical devices off the market more quickly, in the hope that lives will be saved. 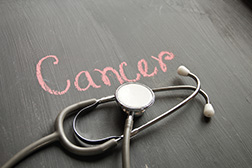 Power morcellators are used in uterine surgery to break uterine tissue into smaller pieces for removal via an incision. The problem is in women who undergo hysterectomy or myomectomy for uterine fibroids. Although usually fibroids are exactly as diagnosed - non-cancerous - in a small but significant number of women the fibroids are actually uterine sarcoma. In those cases, the use of power morcellation to break up uterine tissue can actually spread cancerous tissue throughout the woman’s abdomen, greatly decreasing her chances of survival.

Unfortunately, there is no way to determine prior to surgery whether the patient has a uterine fibroid or a sarcoma. There are, however, ways to remove the tissue that do not increase the risk of spreading cancer.

According to USA Today (6/9/16), Ethicon (owned by Johnson & Johnson and maker of power morcellators) withdrew its device in July 2014 and has settled numerous lawsuits linked to the devices (the settlements are not an admission of liability). Of concern to regulators is the underreporting of problems with medical devices.

More LAPAROSCOPIC POWER MORCELLATION News
Under current rules, the only organizations required to report problems with devices are hospitals and device manufacturers. But since they may not receive reports about the problems - and since they may have a narrow view of what constitutes a “problem” - the concern is that not enough reports are being made to the FDA. The Medical Device Guardians Act of 2016 (introduced by Rep. Mike Fitzpatrick, R-Pennsylvania, and Rep. Louise Slaughter, D-New York) would also require doctors to report problems to the FDA (physicians already tell the FDA about problems with prescription medications, but not problems with medical devices).

An article by The Wall Street Journal (6/8/16) notes that the FDA first received reports of the spreading of cancerous tissue in 2013, even though some studies going back to the 1990s suggested such a risk existed. The new bill is hoped to prevent similar reporting problems linked to medical devices.