The news for Kugel Mesh manufacturer Davol doesn't get any better, but it does for victims of the Kugel Mesh patch as well as other Davol mesh devices after the Federal Court in Rhode Island decided late last month to expand the Davol products that qualify for litigation.

Initially, when all claims relating to Kugel mesh were consolidated to one Federal court, it was understood that claims would only relate to the recalled Kugel mesh products, all of which centered around a defective retractable 'memory ring' that was allegedly prone to failure at the welds, causing potential invasive damage to internal organs.

However, in late January the Court ruled that proceedings would include claims regarding any allegedly defective Davol mesh patches, and not just the recalled products. 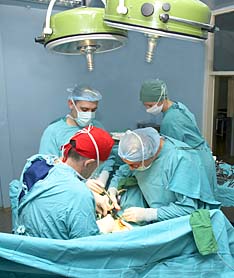 The Kugel mesh patch first appeared with much fanfare as a unique innovation for the treatment of hernias. However, by 2005 the US Food and Drug Administration (FDA)was receiving some alarming reports, and a Class 1 recall—the most serious—was ordered, and later expanded for the Kugel Mesh Patch with the memory ring, or coil. While incidence rates were low, the potential for serious internal repercussions was very real, as evident in the words of a hernia patient after a Kugel Mesh patch went wrong.

"I had ventral hernia repair on May 1st, 06 where they repaired over 20 hernias with an extra large Kugel patch. That surgery seemed to be a textbook case and went very well. However, on Feb 27th, 2007 I had a new hernia repaired. It was only 4cm in diameter but they went through the same incision point as the last, and now I have been having problems ever since. Infections, pain, and lots of antibiotics. It has been over a month and the wound has still not fully closed and is still draining. So a new surgeon saw me and opened the wound some more to allow it to drain more, took a culture and I should find the results tomorrow. But I have found out that the patch from the first surgery is on the recall list. I am simply sick of this."

Davol, the manufacturer of the Kugel mesh patch, quickly returned to the market with replacement memory coils that featured stronger, more robust welds, not to mention a slightly smaller diameter. However, the degree of testing with regard to the replacement product is not known to determine if the strengthened welds would be effective in mitigating the failures caused by the defective rings, and the potential injuries stemming from them.

In tagging the initial Kugel mesh recall as a Class 1, the FDA implies maximum caution by way of the representative language of a Class 1: "dangerous or defective products that predictably could cause serious health problems or death."

The FDA, it is also noted, found serious problems with the quality assurance protocols at Davol's Rhode Island headquarters, and cited several deficiencies with regard to the way in which the manufacturer was able to track product complaints. The FDA, it has been reported, went further to suggest that the cited inadequacies were such that Davol lacked the capacity to conduct timely investigations based on product complaints.

More News
While this may be good news for litigants seeking damages from the manufacturer for injuries relating to all Davol Kugel mesh products, it does little to quell the fears of anyone with the knowledge that they have a potentially defective memory ring in their gut. The ring, which like the patch is inserted into the abdomen through a small, minimally invasive incision, expands once inside the body to hold the mesh in place. Like the mesh, the ring remains inside the body.

There have been about six reports of rings actually breaking inside the body, allowing for the potential of a perforated bowel, or other serious medical issues. Thus, an incidence rate of 0.023 percent, or about one in 4300.

Still, the threat was serious enough for the FDA to order surgeons to stop using the recalled patches with the defective memory ring.

Cold comfort for anyone with one of the recalled rings still in his or her gut. Will it fail? If I move the wrong way, will it snap? Sure, it hasn't failed yet. But could it?

Imagine living with that...