The antibiotic Ketek was approved by the FDA more than three years ago, ostensibly to be used for respiratory tract infections. There was no mention of side effects such as liver damage and/or liver failure. Since that time, scandals and treachery—mainly involving study 3014--seem to have held no bounds regarding the drug, its manufacturer and the FDA.

It also triggered two Congressional investigations of the FDA's acceptance and review of its approval. 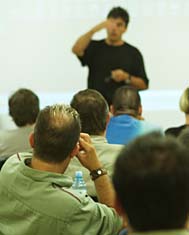 To begin with, Ketek was reviewed in three rounds. In the first round, substantial safety concerns were raised including hepatitis, blurred vision and other adverse side effects. A federal advisory committee asked the manufacturer Sanofi-Aventis for further safety data by conducting a study involving patients who were likely to receive Ketek if the drug were approved.

That was study 3014. In the second review, the FDA examined results of this study whereby Sanofi-Aventis recruited more than 1800 physicians (some of whom had never conducted a clinical investigation before). These physicians were paid upwards of $400 for each patient they enrolled -totaling about 24,000 subjects over a period of five months. This study was to prove that Ketek was just as safe as any other treatment.

But during a routine inspection of the physician's practices, the FDA uncovered fraud, and in one case, complete fabrication of patient enrollment. (That physician is currently serving a 57-month sentence in federal prison.). Inspections of nine other sites found that 4 of the 10 inspected sites were referred for criminal investigation.

Unbelievably, FDA managers still presented study 3014 to the advisory committee in January 2003 without mentioning the 'negative' data and the study's complete lack of integrity. Unaware of the integrity problems, the committee voted 11 to 1 to recommend approval of Ketek.

"Although the FDA did not rely on study 3014 to support approval, we reviewed the study for safety findings that would have counted "against the drug," as is consistent with good review practice.

Second, there was no intention to deceive the advisory committee or the public regarding our review of study 3014. Before the second advisory committee meeting, the FDA had only preliminary information regarding inspections of a few of over 1800 clinical study sites. Although the findings at one site had raised serious data-integrity concerns and had led to a referral for criminal investigation, we did not know at that time that we would conclude months later, after additional inspections and further review, that the entire study should not be relied upon..."

Fortunately for the public, doctors are increasingly not relying on any FDA decisions. Although his patients haven't suffered any adverse reactions, Dr. Len Horovitz, an attending physician in the pulmonary division of Lenox Hill Hospital in Manhattan, stopped prescribing Ketek last year. "There are other drugs you can use so why use it?" Horovitz asked. "It looks like something is up with the drug."

In the article Reforming U.S. Prescription Drug Regulations to Protect Consumers, authors Walter G. Bradley and Michael Halle believe that the "FDA today has little authority and even less money to police prescription drugs after it has given final approval for a new drug to be prescribed by doctors across the country. "
The report goes on to say that FDA staff at its Center for Drug Evaluation and Research is trying too hard to meet the deadlines of The Prescription Drug Use Fee Act of 1992 (PDUFA).

More News
(A study published by George Washington University's School of Public Health and Health Services found that the rate at which drugs already on the market registered unforeseen health safety problems was appreciably higher for those drugs approved by the FDA within PDUFA's expedited approval timelines.) Bradley and Halle cite Ketek as an example:

Yet the headline news about the adverse effects...of liver failures from the antibiotic Ketek, compete with the results of another reform implemented by the FDA since the introduction of PDUFA—direct-to-consumer advertising by the pharmaceutical industry. Even as drug industry executives face serious charges of not doing enough to ensure the safety of their own drugs once they are approved for sale by the FDA, these companies' marketing mavens are spending billions of dollars advertising their products to consumers directly through the media."

Isn't it about time the FDA regained control of pharmaceutical drugs and our safety?