"How many families are out there that had their loved ones die because of cardiac arrest or natural causes when in fact Ketek was to blame?" says Mary Kane. "I want to tell you that Ketek caused my father's death so that others don't take this dangerous drug."

"My dad had a bout of bronchitis and was prescribed this antibiotic in May, 2005. Within 24 hours he got so dizzy that he had to hang up on a long-distance phone call to my brother—something he would never do. The next night he went to bed, got up at 2am, went to the bathroom and then back to bed. My mum asked if he was warm enough, then she went over to pull the covers up and his eyes were staring out at her. She called 911. 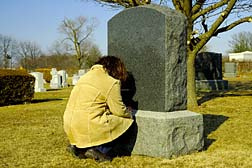 Two days later we made the decision to take Dad off life support. He was in his late 70s but in really good health. We fished together; we had just celebrated Mother's Day.

A few months prior to his passing, Dad had taken a stress test and there was no sign of any heart problems. Two weeks before that, he had an MRI because he was getting forgetful and that also came back fine. This was an unbelievable shock to us.

I read the medical records from the hospital and it indicated he might have had previous cardiac problems but it also could not rule out that it wasn't related to Ketek. I kept everything—all the medical reports. This news didn't shock me because I asked the doctors in ICU if it could have been due to the meds Dad took. My brother asked the same thing. They said it was very likely.

My Dad took Ketek before the new warning came out: cardiac patients should not take this drug. My dad had a triple by-pass five years before he died. I believe 100 percent that Ketek triggered cardiac arrest.

If I had to wager everything I own, I would wager Ketek caused this. It was just too coincidental - he was fine one day, dead the next day, right after taking it.

More News
I have no idea why Ketek is still on the market. If I could be in the same room as the makers of this drug, I would say 'Thanks for taking my fishing buddy away.' It was very hard not to e-mail them. My mother was screaming in the hospital, my sister was getting married the next month. He did so much for those people less fortunate in town, he was a saint. We were so emotional that nobody could think about a lawsuit at the time but now I want to go full force. If we had monetary compensation I would give it to the families that he supported."

The medical report stated that:

"... his cardiac arrest might be an event related to a new myocardial infarction or possibly an arrhythmia precipitated by prolongation of QT interval possibly related to the use of Ketek."