The long-running Johnson & Johnson (J&J) talcum powder lawsuits have now taken a strangely contemporary turn as long-silent witnesses, both in this world and the next, tell tales. The Department of Justice (DOJ) and Securities and Exchange Commission (SEC) have subpoenaed corporate documents, and Sen. Patty Murray (D-WA) Ranking Member of the Senate Committee on Health, Education, Labor and Pensions (HELP) has requested information back to 1966. Could this end the corporate stonewalling that has stymied so many J&J talcum powder lawsuits for so long? 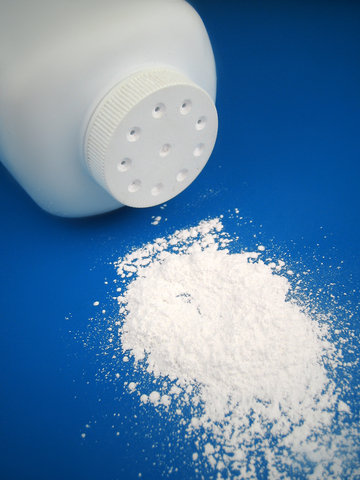 Or was it the perfect crime?


The lawsuit brought by Terry Leavitt in Alameda Superior Court in Oakland, CA illustrates the problem. Ms. Leavitt alleges that her mesothelioma was caused by asbestos contamination of the Johnson’s Baby Powder she used for years. Mesothelioma, however, has latency period of twenty or more years, so the relevant evidence – either contaminated samples or company research demonstrating that J&J knew or had reason to know of the contamination – would be decades old. The samples are really rare, so the conversation moves to internal reporting evidence.

A December 2018 investigative report details J&J’s efforts to bury its own damning assessment from 46 years ago that “no final product will ever be made which will be totally free from respirable particles.”

One tack was to persuade the Food & Drug Administration to approve a testing method that would automatically permit asbestos contamination ten times greater than the FDA’s recommended limit. Failing that, J&J lobbied the agency to accept industry self-policing. This included industry-sponsored safety studies – safety washing – or a strategy some have described as “regulatory capture.”

The company also adopted a policy of conducting research only to respond defensively to allegations of contamination, rather than to ensure proactively that the product was safe. The goal was to minimize “the risk of possible self-generation of scientific data which may be politically or scientifically embarrassing.” No information creates no hazard.

But some industry studies that were produced misidentified the principal authors, essentially buying the credentials of distinguished manuscript reviewers to obscure the corporate origins of data and analysis. No one escapes ethical fire in this situation. The outrage in the research community has been palpable. J&J has been accused of polluting the scientific literature through lack of transparency. And where the funding source of the research is deliberately obscured, allegations of money laundering quickly follow.

Finally, some evidence was destroyed, as seems to have been the case in connection with the sale of a mine in 1989. An epidemiological study of talc mine workers to see if they contracted cancer was simply trashed, according to Dr. David S. Egilman, an expert witness testifying for Ms. Leavitt.

Witnesses – here, long gone and a zealot hot on the scent


Since the end of 2018, however, the DOJ, SEC and Senate HELP Committee have begun to pursue the lost and hidden evidence that might link contaminated Baby Powder to mesothelioma and other cancers.

In addition, the Committee requested:

• All communications with the FDA regarding the safety of J&J Baby Powder, dating from 1966 to present; and

More TALCUM POWDER News
• All promotional materials and other documents intended for the public that contain assurances of the safety of J&J Baby Powder, dating from 1966 to present.

On February 20, 2019, J&J also acknowledged that it had received subpoenas from the DOJ and the SEC related to litigation involving alleged asbestos contamination in its signature Baby Powder product line. The company has said that it intends to cooperate fully with these inquiries.

The future for talcum powder lawsuits


The information uncovered in these investigations will not necessarily be immediately useful in long-running litigation. However, as the long lost evidence makes its way into the public domain, it may finally allow plaintiffs who are suffering from long developing cancers some greater measure of justice. It’s good to see some public watchdogs involved.