As a motion to consolidated federal talcum powder lawsuits is filed, more plaintiffs are coming forward saying they were put at risk of ovarian and other cancers thanks to their use of Johnson & Johnson's product. Juries have sided with plaintiffs and awarded millions of dollars in awards, finding that Johnson & Johnson put consumers at risk of cancer. But perhaps the most damning lawsuit was one that resulted in no award. 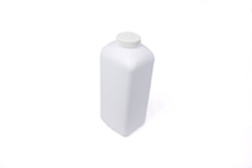 The New York Times (5/23/16) shares the story of Deane Berg, who at 49 was diagnosed with advanced ovarian cancer despite having no risk factors for ovarian cancer. The only potential link that she could see was her use of baby powder.

In a document filed in relation to Berg's lawsuit, Dr. Daniel Cramer noted a questionnaire completed by Berg after her diagnosis suggested Berg had applied talc to her genital area more than 11,000 times (document found at fairwarning.org).

"It has been about 40 years since talc producers, the cosmetics industry, in general, and Johnson and Johnson, in particular, have been aware of a possible connection between cosmetic talc use and ovarian cancer," Dr. Cramer wrote. "Had a warning label been placed on talc products in 1982 discouraging use in the genital area, Ms. Berg might have stopped her talc use and avoided more than 20 years of exposure."

Because cancer can take a long time to develop, and because it would be unethical to expose women to talcum powder to see if they develop cancer, studying the link between cancer and talcum powder is difficult. But some observational studies have suggested a link between women using talcum powder on their genitals and developing ovarian cancer.

More TALCUM POWDER News
A jury agreed with Berg, but did not award her any damages. Subsequent lawsuits, however, have resulted in millions of dollars of awards to plaintiffs - including one award of $72 million - and more lawsuits are being filed.

Meanwhile, citing more than 1,200 pending talcum powder lawsuits, attorneys for the plaintiffs have filed a motion to consolidate all federally filed lawsuits for pretrial proceedings. The Motion for Transfer was reportedly filed July 15, 2016, and requests the Southern District of Illinois as a venue. Lawsuits filed against Johnson & Johnson allege the company knew about an increased risk of ovarian and other cancers linked to the company's talcum powder but did not warn consumers and may have concealed evidence of the link.

Posted by
Heather Themelaras
on August 14, 2016
Severe case of endometriosis and cancer scare. Radical hysterectomy in my 30's resulting in no biological children. Have used Johnson&Johnson powder and baby oil for years not knowing its effects could lead to this.
After surgery, the lymph nodes proved no cancer present but ovaries and were dead from the endometriosis killing them and my Fallopian tubes were completely full and destroyed.
Posted by
Fake lawsuit
on August 12, 2016
Just more pseudo science BS from bottom dweller lawyers.