With more than 1,200 talcum powder lawsuits alleging ovarian cancer risk in association with use of a heritage Johnson & Johnson product, a motion has been filed proposing consolidation by the US Judicial Panel on Multidistrict Litigation for pre-trial proceedings. 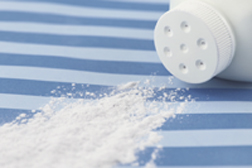 The Motion for Transfer was officially filed July 15th, with the proposed jurisdiction identified as the Southern District of Illinois.

According to a CBS News report back in May (05/03/16) talc is a naturally-occurring mineral comprised of magnesium, silicon and oxygen. In its natural form, talc can also contain asbestos - although CBS News is quick to point out that talcum products sold in the US have not contained asbestos since the 1970s.

That’s an important observation, given the prevalence of talc as a widely-used ingredient in cosmetics and personal care products.

The presence of asbestos in talcum powder prior to the 1970s notwithstanding, positions on the modern-day talcum powder, and the outcomes of research are mixed - at least, according to the American Cancer Society.

As an example, Dr. Francisco Xynos of SSM Health St. Mary’s Hospital in St. Louis told a CBS affiliate that scientific evidence linking talc to cancer is somewhat weak. “I think the concern for the general population should be negligible, because there is no scientific proof of that,” Xynos said, in comments to KMOX in St. Louis.

And yet the International Agency for Research on Cancer, an offshoot of the World Health Organization, holds that talcum-based body powder used in the genital area is “possibly carcinogenic to humans.”

Dr. Daniel Cramer is more forceful than that. The Director of the OB/GYN Epidemiology Center at Brigham and Women’s Hospital in Boston, has reportedly conducted his own studies and has concluded the link between genital use of talc-based body powder and ovarian cancer is very real, and the evidence is compelling.

“I think the link is a persuasive one,” Cramer told CBS Boston. “There have been more than 20 epidemiologic studies and a majority of these have found an elevated risk, and when you combine those risks into a single estimate, it is highly significant.”

During the trial associated with the body powder lawsuit brought by the family of the late Jackie Fox, it was revealed that Johnson & Johnson knew as early as 1997 that there was the potential for a link between body powder containing talc, and ovarian cancer when used on the genitals - a common use.

Talcum powder lawsuit attorneys engaged by the plaintiff introduced into evidence an internal memo from a Johnson & Johnson medical consultant suggesting to the pharmaceutical giant that denying any cancer risk associated with body powder use could result in a talc industry “perceived by the public like it perceives the cigarette industry: denying the obvious in the face of all evidence to the contrary.”

In other words, noted Fox’s legal team, Johnson & Johnson made a conscious decision in 1997 to avoid warning consumers about the potential risk for ovarian cancer through the use of talcum powder.

More TALCUM POWDER News
Jackie Fox, a woman from Birmingham, Alabama, was diagnosed with ovarian cancer in March, 2013 and died in October, 2015 after living with ovarian cancer for over two years. A talcum powder lawsuit alleging wrongful death from body powder and cancer was brought by the victim’s son.

A jury awarded the plaintiff $72 million (Fox v. Johnson & Johnson, Case No. 1422-CC09012-01, Division 10, Missouri Circuit Court, 22nd Judicial District St. Louis). Johnson & Johnson is set to appeal the verdict. Meanwhile, with scores of women having used Johnson & Johnson body powder across decades - over entire lifetimes, in some cases - it is prudent to assume cases suggesting a link between body powder and cancer will grow beyond the 1,200 cases now proposed for multi district consolidation in the Southern District of Illinois.

Posted by
T Wade
on August 14, 2016
I used this for years and years in my underwear to stay dry all day. I hope I don't have any issues from using for several years!!