Two plaintiffs having recently been awarded a combined $127 million in body powder lawsuits owe their monetary awards to another Johnson & Johnson lawsuit in which the plaintiff didn’t get a dime. But the 2013 lawsuit, filed by Deane Berg of Sioux Falls, South Dakota, laid the legal groundwork that will have an impact going forward on cases filed by upwards of 1,200 plaintiffs, all alleging that the talcum powder manufactured by J&J for decades can cause cancer. 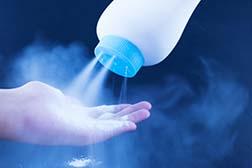 Berg’s case was one of the first to go to trial, and when the plaintiff didn’t win any monetary damages for her injuries, the outcome left a momentary pall over plaintiffs lined up in the litigation pipeline with their own talcum powder lawsuits. The outcome was especially disappointing for Berg given the jury’s directive to the manufacturer to affix a warning to its talc products that revered and heritage brands such as Johnson’s Baby Powder and Shower to Shower could actually cause cancer.

However, monetary awards in two more recent lawsuits - $72 million to the family of the late Jackie Fox in February and $55 million to Gloria Ristesund earlier this month - have cheered future plaintiffs who have taken J&J to task for allegedly hiding such a serious health issue related to its products for years. While pundits note that J&J has signaled its intent to appeal the verdicts, the cat is out of the bag as it were with momentum, for the time being, with the plaintiffs.

Writing in CNN Wire (5/4/16), Dr. Ford Vox, the medical analyst for WABE 90.1 in Atlanta, notes that researchers and scientists have been publishing articles suggesting a link to ovarian cancer in association with talc for years. Talc has also been found in pelvic lymph nodes, “indicating that it made it all the way out of the fallopian tubes and into the abdominal space,” writes Dr. Vox.

“The theory is that talcum powder, when applied in the genital region, manages to work its way up through the vagina, the cervix, the uterus, the fallopian tubes and into the ovaries,” Vox continues. “The female reproductive system has, after all, evolved to facilitate the upward mobility of sperm in order to fertilize eggs that have descended into the uterus, and the microscopic particles of talcum powder may well keep traveling all the way up.”

Talc particles were found inside ovarian tumor tissue removed from Deane Berg by her pathologist, Dr. John Godleski of Brigham and Women’s Hospital in Boston. Dr. Daniel Cramer, also of Brigham, testified that in his opinion upwards of 10,000 women each year are developing ovarian cancer, in part, due to their use of talcum powder.

While the American Cancer Society notes that it remains unclear, in its view, if talcum powder is associated with cancer, the World Health Organization-affiliated International Agency for Research on Cancer goes so far as to state that talc is “possibly carcinogenic to humans.”

According to CNN, talc is sourced from China and is a naturally occurring mineral. For that matter, so is asbestos - which for decades has been linked to asbestos cancer and mesothelioma.

Before Jackie Fox died, she and her family were trying to get their heads around the possibility that the woman’s ovarian cancer was caused by Johnson & Johnson’s Baby Powder, a product she had been using for personal hygiene and moisture control since she was a teenager. “We both were a bit skeptical at first,” said her son, Marvin Salter, a mortgage banker in Jacksonville, Florida, while commenting to Bloomberg (3/31/16).
“It has to be safe. It’s put on babies. It’s been around forever. Why haven’t we heard about any ill effects?”

And then his mother died. The jury in her lawsuit came back with a majority vote of 10-2, tasking J&J with the failure to warn of the potential risk for body powder and cancer and awarding the Fox family $10 million in compensatory damages, and $62 million in punitive damages. The award was larger than the plaintiff’s own attorneys had recommended.

Ford Vox, writing on the CNN site, noted that while J&J needs to accept some responsibility, regulators having dropped the ball due to a lack of staff, underfunding and jurisdictional issues also need to share the blame.

The potential association between body powder and cancer is not new: in 1971, researchers in the UK analyzed 13 ovarian tumors and found talc particles “deeply embedded” in 10 of the samples - a sizeable majority. Fox, who died from ovarian cancer allegedly caused by talcum powder, was 18 by then and had been using talc daily for several years.

Bloomberg recounts the story of Dr. Cramer, of Brigham & Women’s Hospital, meeting with an executive from Johnson & Johnson. Dr. Bruce Semple had called Dr. Cramer about his research showing the first statistical link between use of talc in the genital area, and ovarian cancer.

“Dr. Semple spent his time trying to convince me that talc use was a harmless habit, while I spent my time trying to persuade him to consider the possibility that my study could be correct and that women should be advised of this potential risk of talc,” Cramer, a paid expert and witness for the plaintiffs, said in a 2011 court filing. “I don’t think this was a question of money,” he says now, in comments to Bloomberg. “I think it was pride of ownership. Baby Powder is a signature product for J&J.”

More TALCUM POWDER AND OVARIAN CANCER RISK News
It should be noted that baby powder is a cosmetic, and thus does not fall within the regulatory purview of the US Food and Drug Administration (FDA).

The only warning on its talcum powder is to avoid inhaling the product, and that talc is for external use only. That’s it. The FDA can’t mandate a label change, as the FDA has no jurisdiction.

Meanwhile, the jury foreman in the Fox trial told Bloomberg that internal documents from Johnson & Johnson were incriminating, in her view: “It was really clear they were hiding something,” jurist Krista Smith said.

“People were using something they thought was perfectly safe,” said Marvin Salter, Fox’s son, weeping, in comments to Bloomberg. “And it isn’t. At least give people the choice. J&J didn’t give people a choice.”

If you or a loved one have suffered losses in this case, please click the link below and your complaint will be sent to a defective products lawyer who may evaluate your Talcum Powder and Ovarian Cancer Risk claim at no cost or obligation.
Request Legal Help Now