J&J Seeks Judgment Notwithstanding the Verdict in Talcum Powder Lawsuit

On September 15, 2017, Johnson & Johnson (J&J) filed a Motion for Judgment Notwithstanding the Verdict  (JNOV) in the Echeverria talcum powder lawsuit . This is in addition to a motion for a new trial. 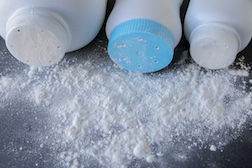 With its jaw-dropping $417 million jury award, Echeverria et al v. Johnson & Johnson is not a precedent J&J can afford to live with. Four hundred million here, four hundred million there, pretty soon, you're talking real money. As a result, body powder lawsuit plaintiffs should be ready for J&J to fight with everything it’s got.

In California, a civil defendant in a jury trial who loses but still wants to fight has three moves: a JNOV, a motion for a new trial and an appeal. It is a three-step defensive strategy. Do step one, go to step two if necessary and three when you got nothing else, which is usually. Each of these means something different and has different consequences.

Under the California Code of Civil Procedure, a defendant may make a motion for a JNOV, asking the judge to disregard the jury’s verdict because there is no substantial evidence to support it. It calls the jury out, arguing that no reasonable person could possibly come to the result they did – blind, drunk or crazy, maybe.

In California, a motion for a JNOV must also be filed with a motion for a new trial. That request uses the same rationale to ask for a different remedy – a new trial. The parties would begin all over again, and either might prevail. If the plaintiffs won, the new award might be more or less than the current one. A new process could create an entirely different result.

More TALCUM POWDER News
An appeal, on the other hand, would be heard by a new court within the Appellate Division of the Los Angeles Superior Court. A reversal or revision of the jury’s award would depend on a finding that the law governing the case had been misinterpreted. It would argue that the judge, rather than the jury, messed this thing up.

This might happen if evidence were improperly included or excluded or if the jury’s instructions were incorrect. A denial of the appeal would be met with an appeal of the denial of appeal, etc. This could go on for a while.

Two things are clear. First, courts are reluctant to overturn jury verdicts without a clear mistake, so J&J has its work cut out for it. Second, since the financial effect of Echeverria would be devastating to the company, J&J’s lawyers will do the work. Talcum powder lawsuit plaintiffs would also do well to buckle up for a long fight.